Do the Islanders have the best goaltending duo in the NHL now? 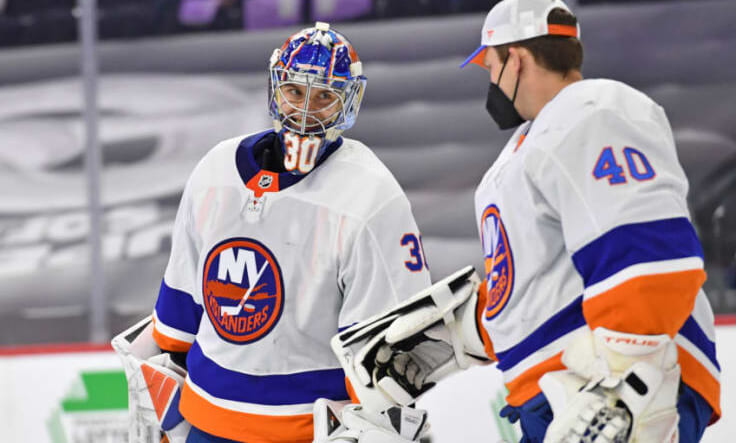 Earlier this week, future Hall of Famer goalie Marc-Andre Fleury notified the Chicago Blackhawks that he will indeed play for them this upcoming season. Fleury, who was traded back on July 27th, is now the head guy in Chicago after forming a formidable duo in Vegas for the past year-plus with Robin Lehner.

Last year, the two were declared the league’s best goaltending tandem between the pipes. Fleury won the Vezina Trophy for the first time in his career and together he and Lehner were awarded the William Jennings Trophy.

But with them no longer together, the question now is: Which team does have the best twosome in net? Look no further than the Islanders.

The duet of Semyon Varlamov and Ilya Sorokin — already considered the top pairing in the Metropolitan Division after all the dust settled in free agency — have serious consideration for top billing at this moment. Both were terrific in 2020-21 and played a pivotal role in the Islanders getting back to the third round of the postseason for the second year in a row.

Stats-wise, Varlamov and Sorokin combined for a 2.23 GAA in the regular season (second in the league) and owned the top spot for save percentage with a stellar .925. Individually, they both excelled too. Varlamov, 33, played at a Vezina-worthy level all year and in the playoffs. He recorded a career-high in shutouts with seven — which tied for the best among goalies with Seattle’s Phillipp Grubauer — and his save percentage (.929) and goals-against (2.04) were also the best since turning pro.

Sorokin, who is on the verge of a contract extension, shined backing up Varlamov and was one of the top freshman netminders in a star-studded class. The Russian import was second behind Detroit’s Alex Nedeljkovic in several categories and won 13 of his 21 starts.

Now, you can make the point that there’s some bias knowing this is an Islander-centric piece and because Varlamov and Sorokin do get the benefit of playing in for a Barry Trotz-coached squad that is defense-first. Both are true. And yes, there’s several other duos that could be given that title — Phillipp Grubauer (Vezina finalist) and Chris Dreidger in Seattle, Sergei Bobrovsky and Spencer Knight in Florida, Fleury and Kevin Lankinen in Chicago.

But those tandems are new in a sense. The chemistry and rapport Varlamov and Sorokin have already and will keep moving forward needs to be accounted for. Trotz a few months back acknowledged the dynamic between the two as unbelievable.

â€œI think as friends, as teammates and countrymen, Trotz said. “If you know anything about Varly, Varly is a great mentor for not only a Russian goalie but any goalie in the NHL. Heâ€™s got a great demeanor.â€

Goaltending is such a valuable piece to winning in the NHL and the Isles for the last few years have seen how far it can take you. Each of the duos they’ve had have been could have been argued as being the de-facto best in the league.

The season isn’t upon us for another two months, but at this moment though, Varlamov and Sorokin just might be that.

Scott Mayfield really took his game to new heights in the postseason. He seems to be doing the same now with his free time in the summer.

Mayfield was on NHL Network yesterday discussing his newest venture of flying thunderbirds with his brother Patrick. Brother Patrick is a captain in the Air Force.

“It was cool,” he said in the clip. “I was a little nervous. There’s so many buttons and it’s a little small back here, so I kept my legs in. I didn’t want to touch anything I wasn’t supposed to. I sat pretty tight to myself.”