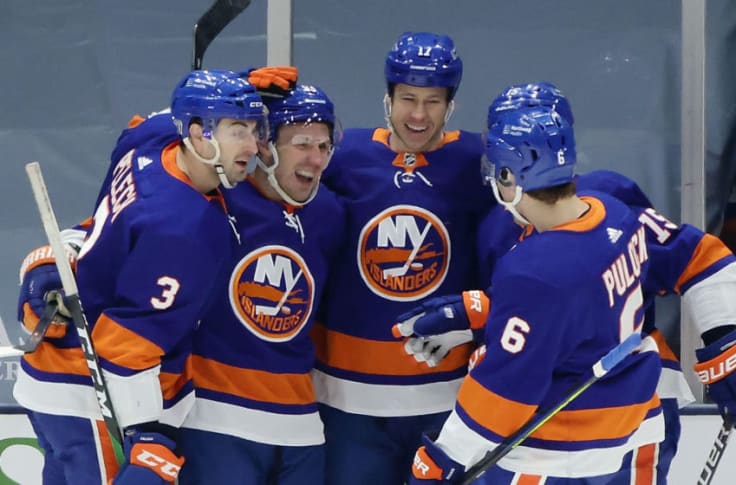 “I’m going to die an Islander, that’s how you can put it.”

Those were the words of Casey Cizikas yesterday as he spoke to the media following the announcement of his new six-year contract with the Islanders.

Wednesday was a big day for the Isles and g.m. Lou Lamoriello with Cizikas being among four players the team announced new contracts for. The others were forwards Anthony Beauvillier, Kyle Palmieri and goalie Ilya Sorokin. Zach Parise also confirmed he was signed, but that his contract had not been filed.

All four players’ deals had been rumored to have been done for weeks despite how quiet the offseason has been for the organization. It’s been no secret that Lamoriello and his cohorts did everything in their power to not show their hand as this summer progressed especially with the tumultuous cap situation the Isles were dealing with. Now that everything is official, many can take a deep breath.

Each deal completed two objectives that Lamoriello had to this summer: 1. Keep most of the band together that has gone to the third round in consecutive years. 2. Add players to a core that has Stanley Cup aspirations.

“We have a lot of unfinished business,” said Cizikas. “We know we have more, we know we can go further and ultimately we want to do this with the same group. It’s not always easy keeping everybody, but Lou did a really good job of bringing back as many of us as possible.”

That first statement from the Cizikas though, “die an Islander”, was what really stuck out the most from all the days’ festivities. It made the rounds on social media quickly and immediately made its way onto a t-shirt (shocking right?). But truthfully, those aren’t the kind of things people are used to hearing when talking about the Isles. Except now they should.

Rarely do you hear such a remark from players, especially with the kind of turnover that happens in the NHL year after year. But it just proves again how far the Islanders have come and how much chemistry and family have become the sole priority when it comes to the franchise.

In years past, there were guys who said “I’d rather die than play for the Islanders” (that’s a true statement by the way). Now you have a guy saying the the exact opposite, that he wouldn’t want to play or be in any other situation. And sure the Islanders have been all Cizikas has ever known since he was drafted by the organization back in 2009, but saying what he said translates beyond him being a part of the team.

Players don’t just want to come here, they want to stay here. People outside of mostly Islander fans don’t understand the magnitude in how much that one small element means. Cizikas, as reported, could have taken more money to go elsewhere. He didn’t. He had his choice of suitors. He decided to stay on Long Island. CizikasÂ sees how special a team the Islanders are and everything that comes with it.

The fourth-line center and heart and soul of the club is going to retire in blue and orange. Matter of fact, Cizikas is going to die for his teammates, the fans, the crest on the jersey.

That’s why the Isles are different now. Because of what Cizikas said and the mentality that comes with representing this franchise.

How do the Yankees stack up against the AL East in ZIP projections?
New York Knicks