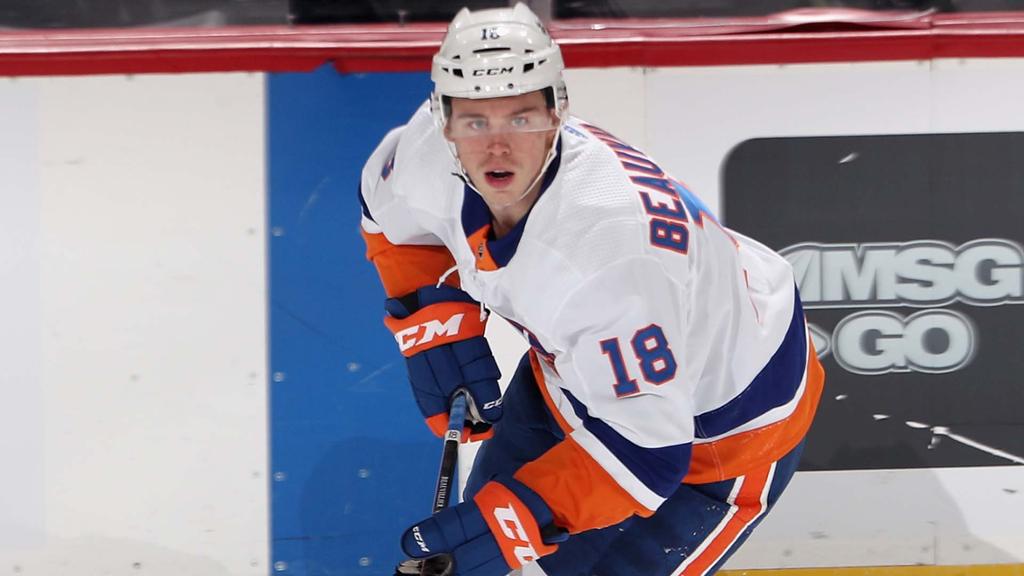 When the Islanders take on the Flyers this evening it will be their 31st game of the season. Anthony Beauvillier, their second-line winger, has played in 21 of those 31 games and produced a very disappointing six points (two goals and four assists).

It’s been a quiet campaign for the 23-year-old after his standout performance for the Isles in the bubble postseason. But an opportunity has now arisen with forward Anders Lee now sidelinedÂ for the rest of the season. I explained yesterday how Lee’s missing leadership could be replaced, with Mathew Barzal being a worthy choice. From a production standpoint, it’s Beauvillier who needs to pick up the slack.

Beauvillier — whose gone pointless in his last six games — is a key part of the Islanders’ top-six and what makes that second line of he, Brock Nelson and Josh Bailey go. But it’s been a struggle for him so far this season. As said he’s got only six points but both his goals and assists rank towards the bottom of the team. That possible dip in points could be associated with his setback earlier this season and missing nine games. Enough time has passed though since his return to where he should be showing more consistency.

Playing in a top-six spot, the QC native has been expected to produce as such.

“I think heâ€™s a player that has a high value in knowing heâ€™s an important piece to our team,” head coach Barry Trotz said a few weeks back regarding Beauvillier. “Heâ€™s a contributing player and I think he values that and he has a sense of responsibility that thatâ€™s part of what he does for us.”

What a shift and goal for Anthony Beauvillier. His first of the year! pic.twitter.com/Io8qvi8CtH

This year was also supposed to be where Beauviller took that leap forward and solidify himself as a true top-six NHLer. Old habits — the tendency of being inconsistent — which have followed Beauvillier since his career has crept into his game again. This is the kind of trend that can’t continue if the Islanders are going to continue to want to be successful the rest of the way. It also doesn’t bode well for Beauviller who is slated to be an RFA at season’s end and for many who have projected him to be looking to get a nice raise in the $4-4.5 million range.

The Isles’ offense has proven this season they are a balanced attack. Receiving an extra boost from Beauvillier can give them another dynamic. Not only that, he producing nightly will take some of the heavy liftings off of Barzal, Jordan Eberle and several other forwards.

The Islanders enter the hardest portion of their schedule starting now. And the time has arrived for Beauvillier to find that level to his game again that had the rest of the league buzzing about him being a potential breakout star entering this year.

There should be no discussion needed for the Islanders as to what the task at hand is tonight. The team is coming off their first loss after their nine-game winning streak was snapped Tursday night in Washington in an uncharacteristic effort. But they are also facing an opponent in Philadelphia which was humiliated last night at Madison Square Garden.

Take it from Casey Cizikas who put it perfectly what the Isles need to be ready for.