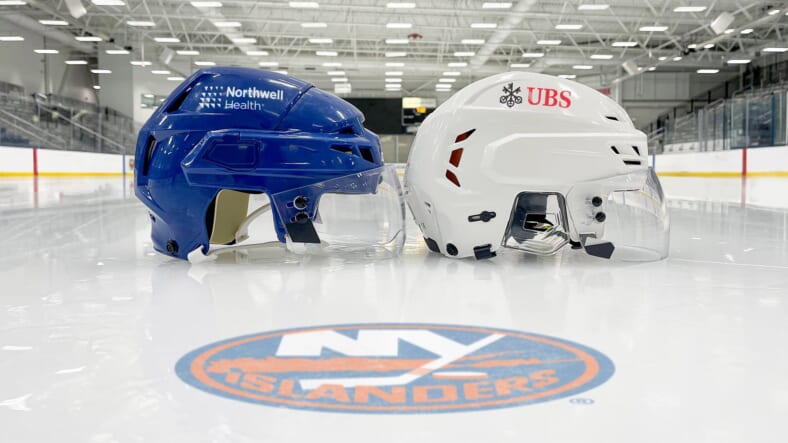 It’s a new era for the game of hockey.

Yesterday it was announced that the NHL will have ads on teams’ jerseys starting in the 2022-23 season.

According to Sportico.com, a memo was sent out to all 32 teams this week after the league’s board of governors unanimously voted in approval of the ad policy.

The decision to allow advertisements on uniforms is a continuation of the rule the league instituted last year, which, saw teams be allowed to wear a brand/organization on their helmets to recover revenue lost amid the effect of the coronavirus pandemic.

To be honest, this is a very big deal for the sport. Uniforms — especially those in the NHL — having ads postered on them has been years in the making and a hot topic for a number of years among fans and pundits. Many have regarded hockey sweaters as sacred and one that should never be touched. But with how the world of sports is changing, ads on jerseys seemed inevitable.

Soccer has always had some form of brand/organization on its clubs’ uniforms. The NBA started permitting ads to be featured on their teams jerseys four years ago; they also made a rule allowing ad space on practice jerseys as recently as two years ago.Â  Hockey, on the other hand, hasn’t caught up until now. It’s a weird dynamic to be honest, knowing a majority of the league’s in Europe allow a multitude of ads to be smattered all over the jerseys of teams.

So now that we know ads will be prominently promoted, who might the Islanders partner with?

The obvious choice would be UBS. The team’s brand new building — set to open in November — has the UBS brand attached to it after it was awarded naming rights last summer. The Islanders also wore UBS on their helmets as a part of their road uniforms.

Northwell Health too seems like they could be chosen. They were also part of the helmet partnership, with the Isles wearing their ad for home games in 2020-21. The organization had strong ties to the Islanders for a while now, dating back to when the practice facility was named after them in 2016. Northwell Health has also been a staple on Long Island for close to 25 years, so it would appeal to the locals.

Some others that could be picked, who are more known from a national perspective, are Betway, Geico, Enterprise and Ticketmaster. The Isles’ site says they also have a corporate sponsorship with Jagermeister and Coors Light, but you would think there could be some backlash if one of those two were stamped on the team’s jerseys.

Now, if the Islanders were to really go for some real Long Island flavor, it would be a treat if they decided on BlueLine Deli and Bagels, Yes Men Outfitters or Oyster Bay Brewing Company.

The Islanders have always been about community, and these three organizations in particular scream that.

Blue Line has a cult-like following and is a staple among fans of the fan base since its opened a few years ago. They already have color scheme down with blue and orange which is an extra bonus. If not that, they’ve ascended to the brand people identify the Isles with from all parts of the Island. As for Yes Men, they’ve become one of the most popular clothing brands for all things Islanders. Oyster Bay created the “Barn Rocker” several years ago as an ode to the franchise and its now former home, Nassau Coliseum.

However the Islanders decide, ads on their jersey hopefully will be accepted by the fan base. It will definitely be something new.