Adam Pelech’s postseason not talked about enough among Islanders’ run 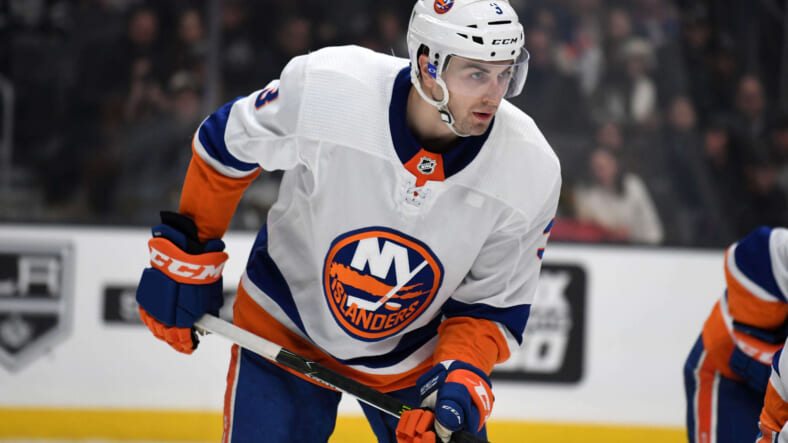 When the New York Islanders take the ice tonight, they’ll be fighting to keep their Stanley Cup hopes alive. How they’ve gotten to this point — game five of the Eastern Conference Finals — has been talked about at length. And while most of it has been about the goaltenders, the incredible postseasons for Brock Nelson, Josh Bailey and Matt Martin, or even his so-called “replacement” back when he was hurt (Andy Greene), one element that maybe hasn’t received maybe the same amount of attention is how sturdy Adam Pelech has been.

The 26-year-old Pelech has been the team’s best d-man and he’s re-affirmed the notion he’s one of the most underrated blueliners in the sport.

Pelly is hitting his stride,â€ Islanders coach Barry Trotz said about him during the team’s first-round matchup against the Washington Capitals.

In that series, which the Isles won decisively in five, Pelech did an excellent job shutting down Caps star Alex Ovechkin. It was really a masterclass in defending one of the games’ greatest goal-scorers; a repeat of Pelech’s work in the playoffs last spring in the first round against Sidney Crosby and Evgeni Malkin. The Islanders D as a whole only allowed seven red lights the entire series, with the goals only coming from Ovi and two other Capitals’ forwards (T.J. Oshie and Evgeny Kuznetsov).

Pelech though was the real star of the series.

â€œAll those instincts that make him a good defender are getting acutely sharp,” Trotz added.

But it hasn’t been just the series against Washington where Pelech has thrived. Really it’s been the entire playoffs, even with the step up in competition this round against the Tampa Bay Lightning.

The numbers might not look great — and that’s what usually comes about when you’re going up against Nikita Kucherov and Brayden Point most of the time — but Pelech has been able to hold his own. He even scored his first-ever postseason goal in the Islanders’ only win of the series in game three, something Isles fans are not used to seeing. A heck of a snipe too past one of the NHL’s elite goalies in Andrei Vasilevskiy.

While Pelech still might not be a household name, it’s crystal clear how much he means to the Islanders and what they’ve been able to accomplish in the bubble. All you have to do is go back and look at who the Islanders are as a team when he’s in the lineup as compared to when he was sidelined with what was potentially a season-ending Achilles injury before the coronavirus pandemic hit back in March.

â€œHeâ€™s a big part of the team. Heâ€™s been a big part of the success weâ€™ve had here,” his d-partner Ryan Pulock said about him last month. “When we found out that those guys who were hurt were all ready to come back, we knew it would give us the best chance to have success and it was big for us.â€

The Isles have made big strides this postseason, and Pelech deserves credit for a good amount of it. He’s been the one in the background just continuing to get the job done. His play hasn’t been talked about enough.