Wisconsin Football: How Do The Bagders Stack Up vs WKU? 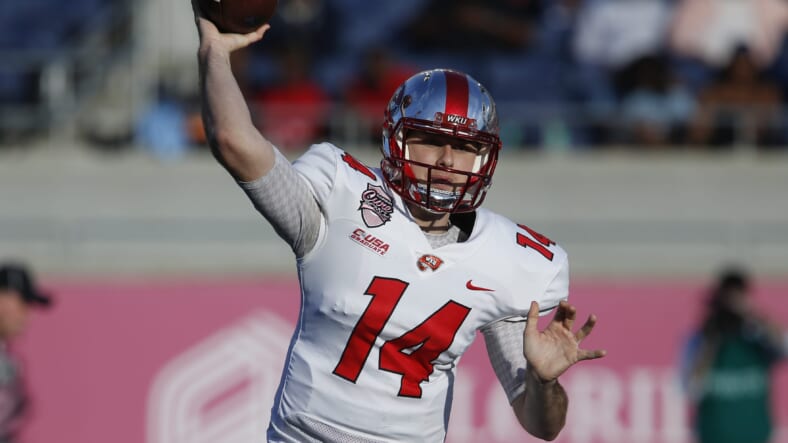 College football is coming. It’s less than two weeks before the start of the season, and the Wisconsin Badgers are one of the teams that will begin play on August 31st. Wisconsin is the favorite in the Big Ten West division and is the fourth ranked team in the AP poll right now, one spot above early conference favorites Ohio State.

But how does Wisconsin match up with the first opponent on the schedule?

The Western Kentucky Hilltoppers are the first team on the schedule for Wisconsin. The Hilltoppers aren’t exactly a team from a glamorous conference, or one that fans of big time conferences will be familiar with. They went 4-4 in Conference USA last year, with a 6-7 overall record when everything was said and done.

The season didn’t end on a good note for them either, as they lost 27-17 to Georgia State in the Cure Bowl. Their starting quarterback, Mike White, was good enough to get drafted in the fifth round by the Dallas Cowboys earlier this year. While that’s good for White and while it raises the profile of the program a bit, it’s not optimal for WKU.

They lost a player that threw for 4,177 yards last year along with 26 touchdowns, and the second most experienced quarterback from last season is fifth year senior Drew Eckels, who only attempted eleven passes during all of last year. According to head coach Mike Sanford, though, all of the quarterbacks on the team fit the system well.

But it’s not just the Badgers defense that could give WKU trouble. The Hilltoppers allowed an average of 2.1 rushing touchdowns per game, in stark contrast to Wisconsin’s 0.5 average. Jonathan Taylor rushed for nearly 2,000 yards last year, and is expected to improve on his performances from 2017 after picking up more experience as a college player.

Most power five teams struggle to contain Taylor, so it wouldn’t be a risky bet to guess than Wisconsin could finish with more than the two rushing touchdowns that WKU’s opponents averaged last season. Especially after their leading tackler, Joel Iyiegbuniwe, was taken 115th overall in the 2018 NFL Draft. Senior Masai Whyte will have to step up to replace him, but Whyte’s 63 tackles last season don’t come close to Iyiegbuniwe’s 117.

This is still a rebuilding phase for the Hilltoppers and their tepid running game, which had no gains of more than 20 yards last season, might be the nail in the coffin for their chances of making it a competitive game.

They’ll show up with their best effort, but Wisconsin is more talented in every area and it’s going to be hard for Western Kentucky to even score on a Badgers defense that has redshirt seniors Ryan Connelly and T.J. Edwards at inside linebacker as well as redshirt senior D’Cota Dixon at free safety.

Even if they do find a way, it will be hard to prevent Jonathan Taylor from running wild and boosting his Heisman chances during the first game of the season.