The case for Canton: Should Devin Hester be a first ballot hall of famer? 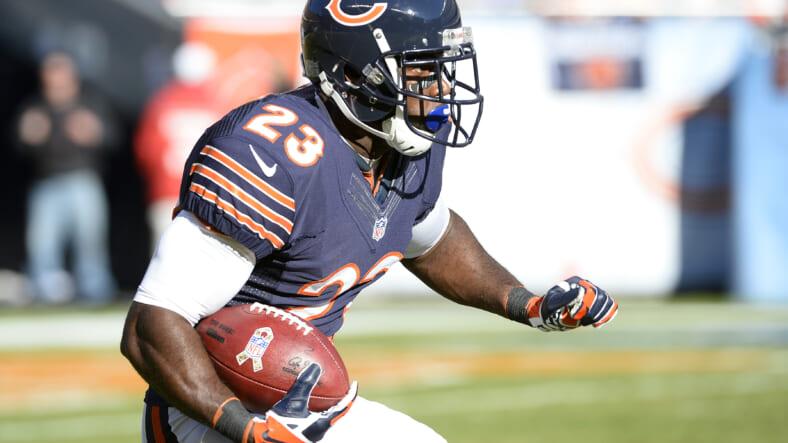 Ask Chicago Bears fans to name one player who impacted the game as a special teams returner and most will point to WR/KR Devin Hester as the most notable example. Dubbed the “Windy City Flyer,” Hester suited up for the Bears from 2006-2013 and quickly become a beloved figure among Bears fans and one that will be remembered forever.

Hester’s career is surely storied. Playing in 156 career games, Hester spent 12 seasons with four different franchises, averaging 11.7 yards per punt return and 24.9 yards per kick return. Surely, much of Hester’s career took off while playing with the Bears, meaning when he does eventually get inducted into Canton, it’ll likely be as a member of the Bears, as Hester currently holds the Bears franchise record for average yards per punt return, which is set at 17.1.

Playing wide receiver certainly wasn’t the strongest aspect of Hester’s game and with just 255 career receptions and 16 total touchdowns, it’s clear that Hester’s time playing wide receiver could work against him when the Hall of Fame committee does decide who to enshrine. Much of Hester’s success as a receiver did come with the Bears, yet another reason he’ll likely be enshrined as a member of the Chicago Bears.

Overall, when looking at Hester’s career, it’s clear that he’ll continue making a strong case to be inducted into the Hall of Fame over the next few years and while there is a strong chance that he’s inducted on his first try, the committee could surely see his time as a wide receiver as working against him but ultimately decide that his time a return specialist could be the decided factor that he’s enshrined in 2022.