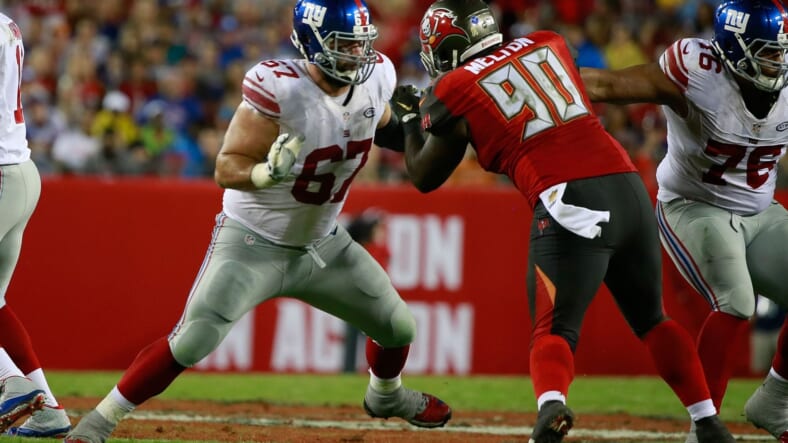 Man, I really hate being right when it comes to the New York Giants, these days.

Namely because I’ve been on the right side of history when it comes to (very unfortunately) the New York Giants inevitably becoming a laughingstock under the guidance of GM Dave Gettleman. Early on, I noticed that he let his massive ego become heavily involved in his decision making process – especially when it had to do with any player that was brought in by former GM Jerry Reese.

Predictably, that became a fatal flaw as, obviously, the entire roster he inherited was put together by Reese who oversaw the New York Giants for a decade. You may say something to yourself like, “Well, the 2017 Giants were a disaster. So, why wouldn’t we want to get make wholesale changes.”

And, while you may be correct in the basis of that statement, there is a huge difference between making wholesale changes to a depleted roster and jettisoning quality players for the sake of adding to a narrative you created, that was centered around you having a lot more to do with the New York Giants‘ two Super Bowl’s under Jerry Reese than you did.

That’s exactly what Dave Gettleman did from the start, and in the end, it cost the New York Giants franchise dearly. Obviously, any GM that was brought in by John Mara (let’s not kid ourselves, bringing in Gettleman was 100% a Mara move) was going to shake a ton of things up. And yes, maybe, Justin Pugh would have been part of that shakeup, regardless.

It’s worth noting that Pugh had a tough time staying on the field as a New York Giant — that may have been the driving force behind this particular move of letting a former first-round Jerry Reese offensive lineman walk at age 27, before paying him big money. However, in my mind, when Gettleman has demonstrated in countless other cases to make moves based on his emotions rather than the evidence and data at hand, I am not inclined to give him any benefit of the doubt, whatsoever.

So, yes, I’m now going to crush Dave Gettleman for the end result of letting Justin Pugh walk to the Arizona Cardinals. Pugh is now a centerpiece of the one of the best offensive lines – and overall offenses/teams, in general – that is the last undefeated football team standing. For a kicker, his salary cap hit is just $6.9M in 2021 and he has yet to allow a sack this season.

In turn, Gettleman chose to bring in Patrick Omameh who was an utter disaster. Omameh collected over $10M in what amounted to just six starts for the 2018 New York Giants before he was cut the same year he was signed. Every GM misses on free agent signings, but, it is really actually difficult to miss that badly.

The biggest unrest amongst Big Blue fans when Jerry Reese was fired (when it came to the roster) was how he had handled the offensive line over the years and the current state it was in. Yet, somehow, even that putrid offensive line seems like it was in a better place than the current one is — despite all the (failed) investments Gettleman has made to it and how many times we were preached to about ‘hog mollies’ (I still don’t know what those are).

There are many other examples of ‘Jerry Reese guys’ that Dave Gettleman let go of that went on to have success – sometimes for pennies on the dollar – with other teams. ‘DG’ then brought in just about the same many number of players to New York that flopped terribly. Again, when you understand the full context and how Gettleman badly wanted/wants to be remembered as having been an integral part of the Super Bowl wins in 2007 and 2011, it is clearly apparent that malpractice took place.

It was all in the name of Dave Gettleman’s narcissism.