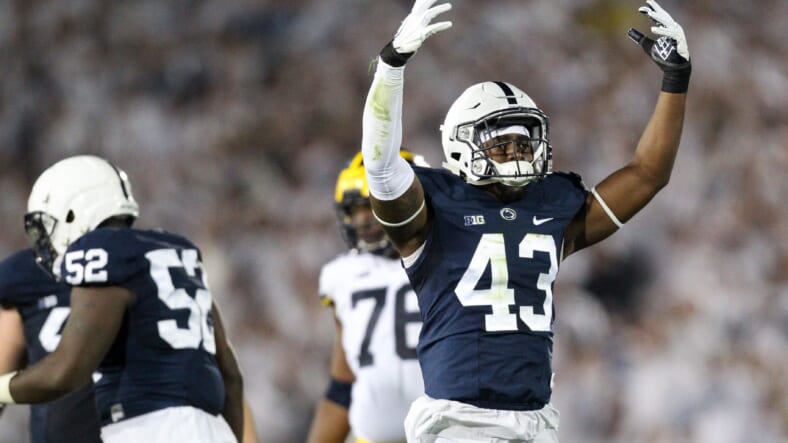 The Penn State Nittany Lions have a big addition for 2018, as linerbacker Manny Bowen will return after previously being kicked off of the team.

What happened to Penn State Football’s Manny Bowen in 2017?

Bowen was suspended last season as Penn State prepared to face Washington in the Fiesta Bowl, and was then dismissed entirely without a specific reason being released publicly. Bowen â€œviolated team rules,â€ and unlike some other cases in college football, the details of those violations didnâ€™t manage to reach the press. The popular rumor is that either academics or drugs were involved.

However, Bowen is back on the team and was listed on the roster during Penn Stateâ€™s media day, which was held at Beaver Stadium last week. His addition will be important for a Penn State team that loses linebackers Jason Cabinda and Brandon Smith to graduation. With those leaders gone, much of the pressure to lead the position unit will fall on Bowen, who is a senior this season.

â€œI donâ€™t want any decisions that we make to be need based… I want to do things because theyâ€™re the right things to do,â€ said head coach James Franklin, on the topic of Bowen being allowed back into the team. â€œWe didnâ€™t make it easy on him. I was surprised when he said he wanted to grind this thing out. The easy thing would have been to transfer.â€

Whatever his role is, Penn State fans will find out on September 1st, when the Nittany Lions host Appalachian State for a mid-afternoon game on college footballâ€™s opening weekend. With past 21 starts and plenty of experience, Bowen will surely fit right into a 2018 defense that needs the veteran leadership.