NFL: Winners and Losers of the 2020 NFL Draft 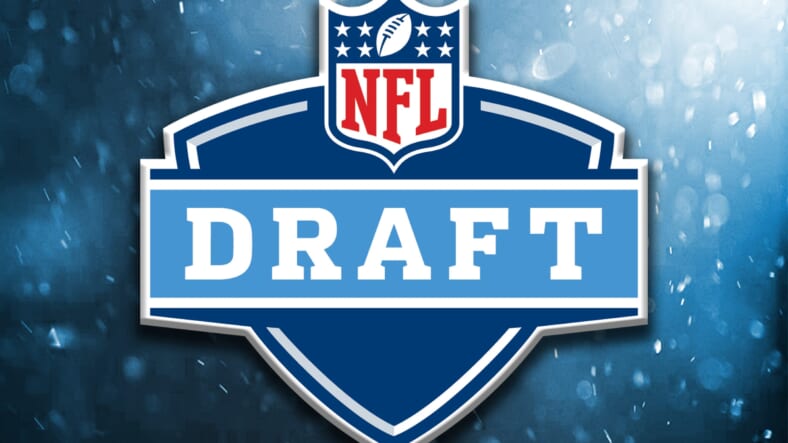 It seems as though the Ravens are just operating on a totally different level than the rest of the NFL. They have a stacked roster as is, and they still managed to fill their few remaining holes with great value picks. They didnâ€™t make any head-scratching reaches or risky trades, they just let the draft come to them and took advantage of other teams mistakes.

With the selection of linebacker Patrick Queen in the first round, Baltimore got a steal and took care of a huge need. Queen was an instrumental part of LSUâ€™s National Championship run and helps fill the void that was created once CJ Mosley left the last offseason. JK Dobbins in the second round was more of a luxury pick, but he provides them with an elite 1-2 duo who can take over for Mark Ingram in a couple of years as well.

Middle and late-round selections such as defensive tackle Justin Madubuike, receivers Devin Duvernay and James Proche, linebacker Malik Harrison and guard Ben Bredeson all provided great value and help the Ravens strengthen some of the weaker areas on their roster.

The Ravens were an elite team last year and have only gotten substantially better this offseason. That means the rest of the NFL should be very worried.

The Green Bay Packers are coming off of a great year where they won 13 games and fell one game short of the Super Bowl. This offseason was supposed to be the perfect opportunity to tighten the loose ends on this roster and be in prime position to help get Aaron Rodgers his second Lombardi Trophy. Right? Well, apparently not.

In what was being widely considered as one of the richest and deepest wide receiver classes ever, it was thought to be a sure thing that the Packers would draft a wideout at some point to give Rodgers another viable option in the passing game next to Davante Adams. In the first round, rather than give Rodgers another weapon, they decide to trade up for his eventual replacement in Jordan Love. Now, Love is a fine prospect with some intriguing tools, but this was definitely a questionable move for Green Bay that sends a dangerous message. They basically told their franchise quarterback that he has at most 2 years left with the team, and they wasted a prime opportunity to enhance their championship window with him by adding an immediate impact player at a much-needed position.

Then, with a bunch of great receiving options still on the board in the second round, they decided to draft a running back in AJ Dillon. Dillon is solid, but heâ€™s more of an old-school back who is entering an already strong running back room with Aaron Jones and Jamaal Williams. Another missed opportunity. Throughout the rest of the draft, the Packers failed to add a single wide receiver. That is mind-boggling considering it was such a glaring need, and it will surely come back to bite them. Green Bay had multiple chances to greatly improve their squad here and they just didnâ€™t take advantage of them.

As a Giants fan, this really hurts to say, but the Cowboys had an outstanding draft. From top to bottom, Dallas filled needs left and right and stole prospects who had no business falling as far as they did. More times than I care to admit I kept finding myself uttering the words â€œhow was he still availableâ€ to my phone or TV. They really knocked this draft out of the park.

Snagging CeeDee Lamb at pick number 17 was a huge steal, as the Cowboys added arguably the draftâ€™s top receiver to an already elite stable of offensive weapons. Lamb, Amari Cooper, Michael Gallup, and Ezekiel Elliott in the backfield are going to make Dak Prescott the happiest man alive and give defensive coordinators nightmares.

Defensive back Trevon Diggs in the second round replaces Byron Jones and defensive tackle Neville Gallimore in the third was a tremendous value. Combine those with potential late-round gems in center Tyler Biadasz, who replaces recently-retired Travis Frederick, and EDGE Bradlee Anae, and this draft makes the Cowboys substantially better. I rarely ever take my hat off to Jerry Jones, but he did a very nice job here and the Cowboys are now legitimate Super Bowl contenders.

It feels weird to put the Patriots in the loser category. Very weird. But, thereâ€™s a first for everything I guess.

The Patriots actually didnâ€™t have that bad if a draft. They took some intriguing guys, like safety Kyle Dugger and outside linebacker Joshua Uche, who is a bit raw but can develop into impact players. Thatâ€™s not why Iâ€™m calling them a loser. The reason is that they lost a pretty good quarterback by the name of Tom Brady, and they didnâ€™t draft a single one in return. They had chances to snag developmental projects like Oklahomaâ€™s Jalen Hurts, Washingtonâ€™s Jacob Eason, or Georgiaâ€™s Jake Fromm, but they didnâ€™t pull the trigger.

Itâ€™s certainly possible the Patriots might not have been sold on any of those guys, which is fine. They seem to be confident in 2019 4th-round pick Jarrett Stidham, and they can still add a veteran like Cam Newton or the recently released Andy Dalton. However, it seems odd that the Patriots didnâ€™t at least bring in a late-round pick to add some competition for Stidham. Either way, the Patriots will look very different this season.

The Cleveland Browns are coming off a very disappointing year. With sky-high expectations and a boatload of talent heading into the season, the 6-10 record they finished with did not match. However, new general manager Andrew Berry and head coach Kevin Stefanski have hit the ground running this offseason and had themselves a very nice draft.

They got arguably the best offensive tackle in a deep class in Jedrick Wills. There are questions as to whether or not he can play on the left side after only playing on the right in college, but with the amount of talent and pro-ready tools, he possesses he should be able to adjust rather quickly. He and free-agent signee Jack Conklin should form a dynamic pair at left and right tackle, which was far and away Clevelandâ€™s biggest problem last season. Baker Mayfieldâ€™s life should be a bit easier now.

Having safety Grant Delpit fall to them in the second round was a stroke of luck, as heâ€™s a top 20 talent who just needs to clean up some tackling issues. Defensive tackle Jordan Elliott and linebacker Jacob Phillips in the third, tight end Harrison Bryant in the fourth, and center Nick Harris in the fifth were all big value pick-ups who have tons of upside as well. This was an overall quality draft class for Cleveland, and now thereâ€™s really no excuse for them not to be much better this season and start living up to those big expectations.

Ever since head coach Jon Gruden and general manager Mike Mayock took over the Raiders, they have certainly not been afraid to make bold moves with their draft picks. This draft was no different, as it was solid overall for the Raiders, but early on they had a few head-scratchers that definitely can be classified as reaches.

They made Henry Ruggs III the first receiver off the board when they took him 12th overall. That wasnâ€™t so bad, as Ruggs is super talented with top-level speed and that big-play ability the Raiders desperately lacked. However, taking cornerback Damon Arnette at number 19 overall was confusing, especially with better options like Jeff Gladney and Jaylon Johnson still on the board. If they really wanted Arnette, they couldâ€™ve probably traded down and still gotten him as he had a second to third-round grade from most analysts.

Selecting versatile offensive weapon Lynn Bowden Jr. and receiver Brian Edwards back-to-back in the third round was also questionable. They reached for Bowden, who is most likely going to play receiver in the NFL, and I like Edwards but it seemed excessive to essentially make three of your first four picks wide receivers, especially since they had other needs. They had some good picks such as safety Tanner Muse, guard John Simpson, and cornerback Amik Robertson, but their picks on Days 1 and 2 drag their overall class down a peg.