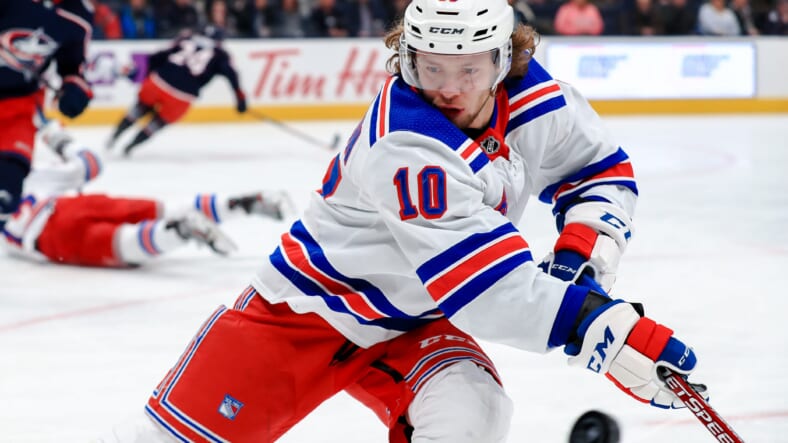 On Thursday, the New York Rangers announced their roster for the upcoming training camp that starts in a few days. The Rangers open their season on January 14.

Like the summer re-start, the players invited to this camp face an unusual set of circumstances for this season.

The NHL will allow each team to carry a “taxi squad” of four to six players in addition to the regular roster rules that teams usually follow. This is especially important as it not certain if the AHL will be playing and if itâ€™ll be possible for players from those teams to travel back and forth from their NHL clubs.

All of this is necessary as the coronavirus, which has led to numerous positive tests in other leagues and has wreaked havoc with their rosters. Therefore, it makes sense for NHL teams to have additional players on hand all year. In this scenario, teams will be permitted to repeatedly move players back and forth from the taxi squad, every day if needed.

Even with the “regional” aspect of the temporary division alignment, teams could â€œsend downâ€ players to the taxi squad without them having to board a plane and travel to the next game.

The other aspect of the taxi squad will be the effect it has on the cap, whether this was meant to be intentional or not. The taxi squad will allow for is some creative accounting practices in meeting tight cap demands. Many media outlets have reported that the new roster rules will be used for more than simply COVID-19 insurance.

So with training camp set to officially open for the Blueshirts on January 3, there will be many more considerations that the Rangers coaching staff and brass will need to take into account when assembling their team for the upcoming 56 game season.