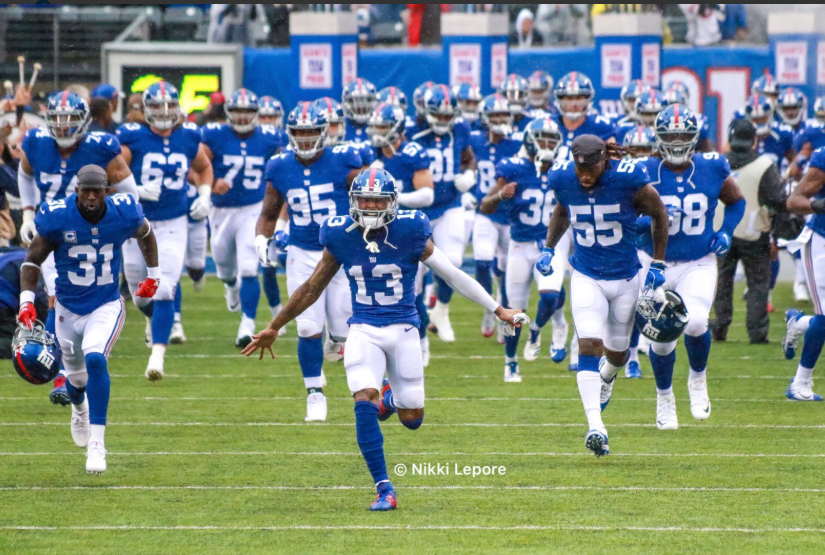 With 45 seconds left in the week 1 matchup against the Jaguars, New York Giants‘ newcomer Kaelin Clay watched as the ball shot up into the air off the punters foot. As the ball began to spiral downward, Clay opened his arms in an attempt to catch the punt; the ball bounced off hischest and into the waiting arms of an incoming Jaguar.

The game was officially over and the Giants were gifted their first loss of the season on an all too familiar gaffe.

â€œYouâ€™re not just going to give him one chance and throw him away,â€ said McGaughey. â€œThereâ€™s a lot of things that happen over the course of the game that we all kind of want to get back, but Kaelin is a pro. This is his third year (in this league) going in, heâ€™s made a lot of plays in this league, and I expect him to do that moving forward.â€

Big Blue wont give up on the veteran just yet, but I would expect him to be on a short leash going into week 2. Clay has averaged 8.8 yards on 45 punt returns with two touchdowns as a pro. He’s also earned 23.2 yards on 17 kickoff returns. The fumble was Clay’s fourth of his career on 68 touches.

There’s no doubt that he’s had some success in the NFL, but in a situation like that, I may choose to put Odell Beckham Jr. out onto the field, given the success he’s had in the past.

There’s a reason that Beckham might have been out for that play.

â€œIâ€™m not going to lie, I was sore after the game,â€ Beckham said. â€œFirst time in, whatever how many days it was, 300 something, getting hit out there. I felt good to make it out, but I was feeling it. I was feeling it the Monday after.â€

It will take a few week for the Giants’ star-receiver to build his tolerance back up, but it’s good news that he escaped without any serious ailments.