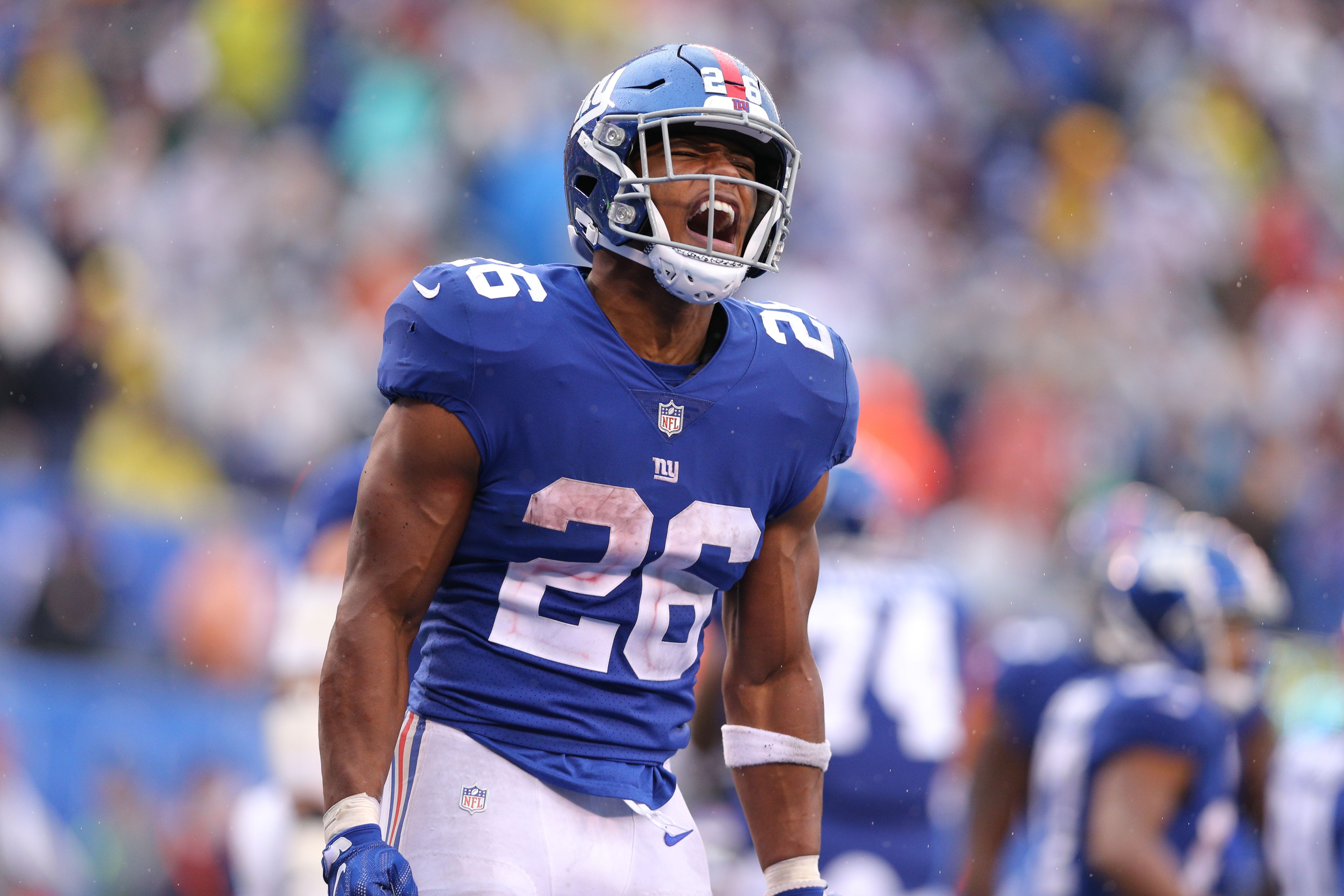 After already winning the PFWA Offensive Rookie of the Year award, New York Giants’ running back Saquon Barkley has added another trophy to his collection. Fans across the country voted for the Pepsi Rookie Of The Year, and the Giants’ rookie won the voting. Saquon beat out other great talents, such as Baker Mayfield, Nick Chubb, Darius Leonard, and Phillip Lindsay.

It should come as no surprise the Saquon won this award. Barkley was the third running back in NFL history to total 2,000 scrimmage yards as a rookie. With this feat, the rookie from Penn State joined the elite company of Eric Dickerson and Edgerrin James.

Barkley proved to be well worth the 2nd overall pick in the 2018 NFL Draft. Along with his league leading 2,028 yards from scrimmage, Saquon scored 15 total touchdowns. He totaled 15 with 11 rushing and 4 receiving. His 91 receptions were also a rookie running back record. Saquon was a true force in both the rushing and receiving game.

Barkley was also voted to the 2019 NFL Pro Bowl. Saquon is greatly respected by his peers and coaches. Of course, the Pro Bowl is an event for the fans, so this is another testament to how much the fans love Barkley.

Saquon was excited to receive the award, and eager to bring it back to the Big Apple:

Woke up to news that I won the 2018 @pepsi NFL Rookie of the Year Award! Now, how to I bring this 🏆back to NY? 🤔 pic.twitter.com/Y2ubCukEuz

Giants fans should take a moment to reflect and appreciate Saquon Barkley’s incredible rookie season. Not only was Saquon a stat-sheet stuffer, he was also a human-highlight reel. Barkley proved he could take any play and turn it into a highlight.

Saquon Barkley has been named Pepsi Rookie of the Year. #GiantsPride pic.twitter.com/02RLXGlqBn

A speedy handoff from 78 yards out:

One of the most ridiculous 9 yard runs you’ll ever see… Saquon Barkley is insane. #GiantsPride pic.twitter.com/WuRftfEclE

And of course, an ordinary handoff from the 1 yard line: