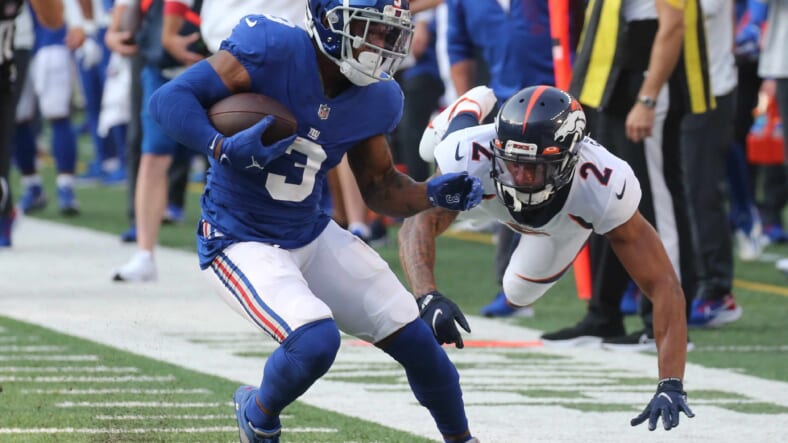 After a couple of games as the underdogs, the New York Giants are actually favored to get their first win of the season. This comes in week 3 as the Giants prepare to take on Atlanta in a game where they’ll have a 10 day break after previously playing on Thursday Night Football.

According to SI, the Giants have been placed as a 3.5 point favorite with the over/under being placed at 48.

While the Giants are dealing with concerns that this season will be more of the same, after finding a way to lose against Washington in week 2, many believe the Giants offense is more than the Atlanta defense will be able to handle.

The Falcons allowed 32 and 48 points in their first two games against the Eagles and the Buccaneers respectively, and were only able to score six points of their own in their season opener. Matt Ryan’s offense was more productive in the second game of the season, but the Falcons lost comfortably in part because of turnovers and self-defeating mistakes from the offense.

Daniel Jones is coming off what some have called the best game of his career. If there’s ever been a game for him to string together some positive momentum, and for the Giants to bounce back and prove that this season isn’t over by week 3, it would be this one.

Furthermore, this game is an important one for Jason Garrett’s offense. If the Giants can’t even put up a good performance on that front against Atlanta after the Falcons allowed so many points in their opening two games, the pressure on Garrett following week 1 will quickly come back in force.