How Far are the New York Giants From Playoff Contention? 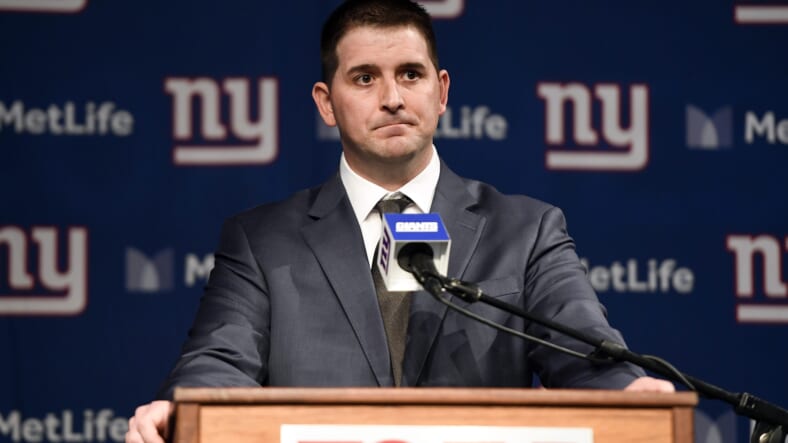 Since their last Super Bowl on February 5th, 2012 the New York Giants have only made the playoffs once, and it was for a one-and-done in 2016. Since then the Giants have moved on from Eli as he’s retired, and they have been in a rebuild trying to compete in the future. They’ve got their QB and their RB, a new HC that they hope pans out, and they’ve got a new OT that they hope can be their future Tackle. Things look alright for the Giants but when will they be able to win again?

Offense Could Already Be There

The New York Giants have offensive weapons at the ready, with a top Running Back in the NFL, a good young TE in Evan Engram, and a solid receiving core with Sterling Shepard, Golden Tate, and Darius Slayton. This offense is a sneaky good offense and Saquon Barkley can easily be a pass-catcher out of the backfield. This offense to me is one that when utilized properly can function on taking what the defense will give them with the occasional deep ball in the passing game with a run-heavy offense having DionÂ Lewis carry some of the load for Saquon.

This all depends on the New York Giants O-line, and if Will Hernandez can continue to develop and Andrew Thomas steps in and is what he’s supposed to be, their offensive line can be good enough for Daniel Jones to have more time in the pocket and for him to not get hit as many times. This will reduce fumbles, and with fewer turnovers, they’ll be a much better offense. Now about that defense…

Xavier McKinney is a great addition to that defense from the draft, and Blake Martinez is also pretty good defensively. Their issue stems in not having a lot of pieces that are fully ready yet, and I think this team needs to be a really good defensive team in order for them to compete for championships again. They do have Jabrill Peppers on that team who will keep getting better in my opinion and Dexter Lawrence will hopefully live up to his first-round selection. If DeAndre Baker can somehow get back on the field and stay away from the trouble he can develop as a ballhawk and lockdown passes better.

There’s no denying that their defense is not a good unit and I don’t see it being good until their pieces develop or they can draft or sign an absolute stud on defense.

In my opinion theNew YorkÂ  Giants’ schedule is relatively difficult because they have to play the AFC North and NFC West, two of the leagues’ premier divisions and that will make their record suffer. In my opinion I think they win 3 out of 6 division games. I think they can steal one from Philly or Dallas and can sweep up the Redskins. I think they win two on the road against the Bears and Bengals and then one more against Arizona. A 6-10 record looks hopeless, but they will compete and make games close against good teams.

Daniel Jones will progress and Saquon Barkley will be the best RB in the NFL. Their defensive pieces will progress a bit and their offense will start to get more explosive. In 2020 with a 6-10 record and a top 10 pick they’ll get great talent on their defense or whatever becomes a need and by 2021 will be Wild Card contenders in my opinion. 2020 will be a year of progress, and 2021 will be a make or break season, where they will be an NFC playoff contender.