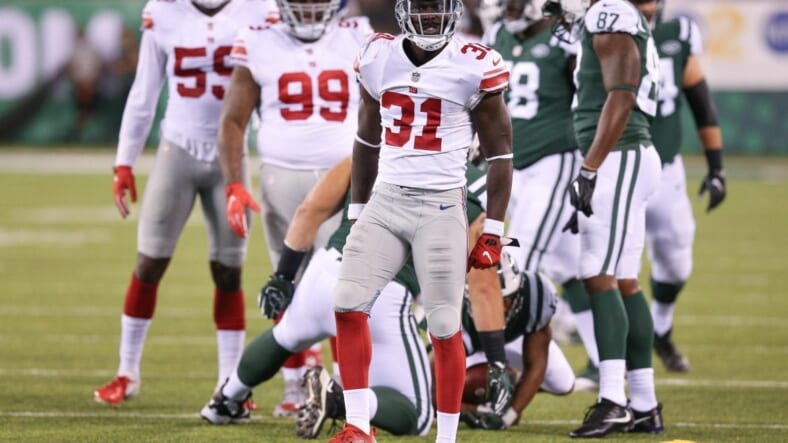 The Ed Block Courage Award is awarded to a member from each of the 32 NFL teams that displays both courage and inspiration, something New York Giants recipient Michael Thomas embodies to the fullest.Â  The award is voted on by teammates and the fact thatÂ  Thomas was chosen is a testament to the magnitude of his leadership.Â  Thomas is constantly encouraging and uplifting others both on and off the field.

Thomas exemplifies what it means to be a class act and a true game changer.Â  Speaking out against the atrocious injustices plaguing African Americans to promote change so desperately needed, Thomas said “We’re turning activism into action”, which is exactly what he did.Â  Thomas works actively in the community to enact change and reform to ensure no one else has to endure any more unjust and inhumane suffering simply for living.

Thomas has also been actively involved in working with Representative Sheila Jackson Lee who extensively works to implement change in the community.Â  As a member of the NFLPA and beyond, Thomas is highly involved in obtaining social reform and works to get justice for those who need it most.

Working tirelessly not just through his words, but his actions, to fix and ameliorate something so despicable is truly commendable.Â  Thomas is a true pillar in the community and represents what is good in the world.Â  He wants to make the world a better place and is trying to do just that.Â  One thing is for sure-the world is simply a better place with him in it, as he is a class act who works hard to use his platform to provide a voice for those that need it!Â  There couldn’t be anyone more courageous!