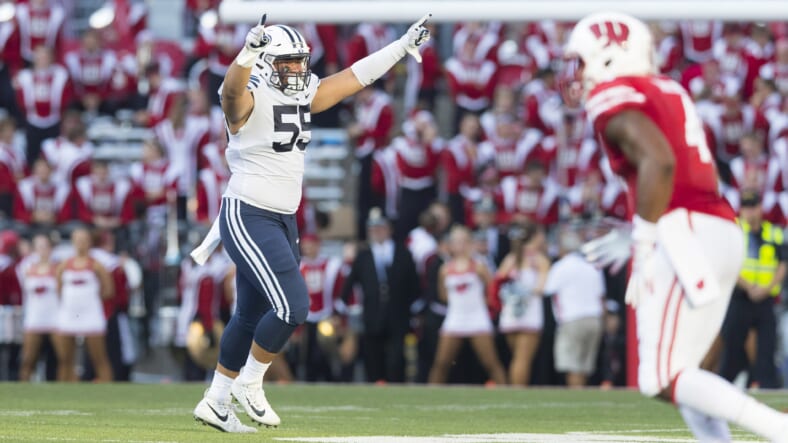 Three weeks into the college football season, and we’ve already seen plenty of great close games and upsets that few would have predicted before they happened. Week three didn’t disappoint in that area, with teams around the country going down to unexpected foes. The Big Ten in specific had a couple of the most notable upsets, as both Wisconsin and Nebraska fell.

Wisconsin probably needed to run the table to get into the College Football Playoff. They missed out last season, and it was directly because of their loss in the conference title game. It was a decision that was debated for months after it happened, but in the end, the strength of schedule just wasn’t good enough for Wisconsin to reach the playoff despite losing to the winner of the east.

This season, though, getting to the Playoff might just be a distant dream for the Badgers. Entering the game as the sixth ranked team in the country, they didn’t go down to a tough conference opponent. No, they went down against an unranked BYU team in a loss that won’t look good to the voters. Will they bounce back? Was the performance at least a good one, despite the loss?

Check out the highlights above and decide for yourself.

The Scott Frost era isn’t off to a good start. First, the Huskers loss starting quarterback Adrian Martinez to injury and lost to their old rivals from Colorado. Now, replacement quarterback Andrew Bunch couldn’t do enough to win the game in Martinez’s absence, as Nebraska lost at home to Conference USA opponents Troy.

Really, Nebraska just handed Troy a decent amount of money to come to Lincoln and beat them in front of a stunned set of fans. Special teams made a difference as Troy returned a punt for a touchdown, one that would eventually ensure they had enough points to survive through the end of the game. Check it out above, and decide for yourself if it’s the biggest upset of the weekend.