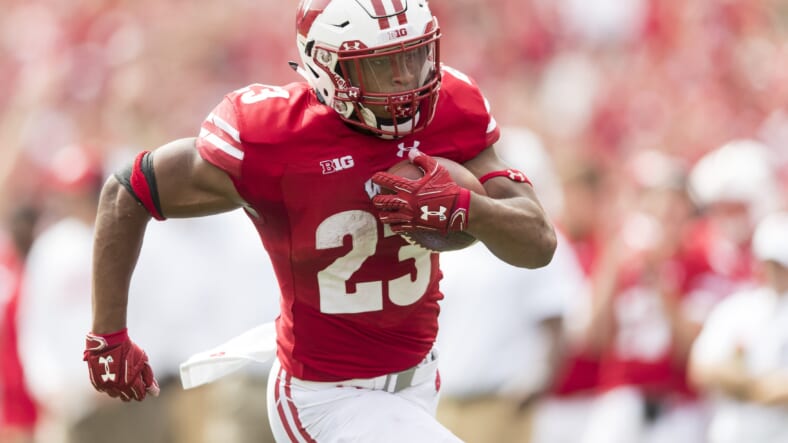 This will be a big weekend for some of the best players in the Big Ten. Penn State’s quarterback Trace McSorley stayed alive in the Heisman running by putting in a good performance in the loss against Ohio State, and will return to action this week. OSU’s Dwayne Haskins Jr. will have a chance to continue racking up touchdowns, against a Minnesota team that has already lost both conference games.

But Jonathan Taylor, the prolific running back from Wisconsin? He might have the most to gain or lose this Saturday, when his Badgers play Michigan in a Saturday night clash. Wisconsin’s loss to BYU hit them hard and sent them out of the top ten, and since then, they’ve been recovering their old rank slowly. If they want to get back to where they were, they’ll have to win tonight.

Their opponent is a fellow top fifteen team that’s a couple of spots above them in the rankings, and this is their chance to continue their climb. Michigan is also one of only two ranked teams on the remaining part of the schedule. Lose here, and their only other ranked game will be the one against Penn State.

It’s important for the team as a whole but especially for Taylor, who needs big performances against big names to win the Heisman. He’s coming off of his second straight game of 200 or more yards, but when talking about the top players in the country, that number is devalued a bit because of the level of competition. After all, Nebraska’s defense is awful this year, and the team as a whole is 0-5 at the moment.

Michigan, though, has enough names on their defense to make a big rushing performance against them notable. Defensive end Rashan Gary is expected to be a high pick in the NFL Draft, and defensive lineman Chase Winovich already has 29 tackles at this point in the season. That includes 9.5 tackles for a loss, and three sacks. Michigan has considerably more quality than Nebraska, and this game will also be watched by many more people.

It’s the kind of game that can give someone momentum in the race for the Heisman. If Taylor falls flat, the narrative could be that he can’t play against ranked teams. None of Wisconsin’s opponents until this point have been ranked, after all. Another strong game, though? That would bring national attention back to Wisconsin and back to Taylor, and it would look great to the Heisman voters.

It’s a make or break game for both teams. But let’s not forget that, while this is a team sport, there’s some implications for the top individual trophy in the nation too. It’s time to see if Jonathan Taylor can keep doing it against not just another top fifteen team, but one of the top defenses in the conference and the country.