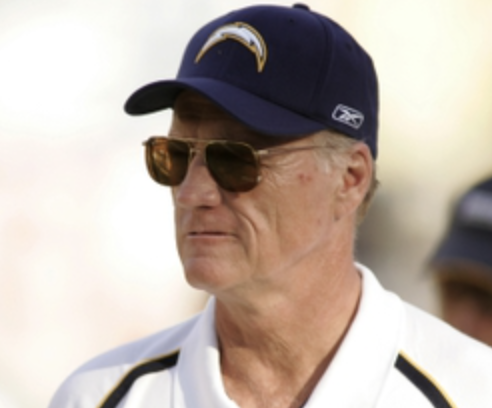 Best known for his head coaching exploits, Schottenheimer spent three seasons as an assistant with the New York Giants in the 1970s.

Former New York Giants assistant coach Marty Schottenheimer passed away peacefully on Monday, per ESPN’s Chris Mortensen. Schottenheimer was 77 and had been moved into hospice care five days prior.

Schottenheimer is best known for his head coaching exploits, earning 200 regular-season victories over 21 seasons in Cleveland, Kansas City, Washington, and San Diego. He is one of seven coaches to reach the double-century mark. Schottenheimer was renowned for playing “Marty ball” during his time as head coach, often placing an emphasis on the run game. Among the rushers he worked with were Marcus Allen, Stephen Davis, and LaDanian Tomlinson.

Though Schottenheimer fell short of a Super Bowl, he was well respected and beloved by his coaches and players alike.

“Marty and I were close, and what a great person,” current Kansas City Chiefs head coach Andy Reid said of Schottenheimer, per Brandon Judd of Desert News. “He was great to me as a young football coach. Nobody did it better than he did.”

“Marty is one of the guys who has had the biggest influence on my career, without question,â€ New Orleans Saints quarterback Drew Brees told Steve Doerschuk of CantonRep.com in September 2018. Schottenheimer had overseen the first years of Brees’ professional career as a second-round pick of the Chargers in 2001. â€œHe coached me for four years in San Diego. I respect him so much.â€

Schottenheimer also spent six seasons as a player, as he was chosen in both the AFL and NFL Drafts in 1965. He opted to sign with the former, playing four seasons in Buffalo and two more with the Boston Patriots.

On a local level, Schottenheimer began his NFL coaching career with the New York Giants in 1975 after a single year with the World Football League’s Portland Storm. Schottenheimer served as Big Blue’s linebackers coach for two seasons before becoming the defensive coordinator for a single year in 1977. Linebacker Brad Van Pelt reached the first couple of five Pro Bowls under Schottenheimer’s watch. He moved on to Detroit and later Cleveland afterward, becoming the Browns’ head coach in the middle of the 1984 season. Cleveland reached the playoffs in each of his four full seasons at the helm, including two trips to the AFC title game.

Schottenheimer last appeared in the NFL in 2006, guiding the San Diego Chargers to a franchise-best 14 wins. Though he was controversially let go by the Chargers, Schottenheimer remained active in NFL affairs through a studio analyst role on ESPN. Schottenheimer would later earn an elusive professional championship in the short-lived United Football League as the head coach and general of the Virginia Destroyers in 2011.

The Canonsburg, Pennsylvania native was diagnosed with Alzheimer’s disease in 2011, but his diagnosis was not announced publicly until five years later. He remained mostly out of the public eye but returned to Arrowhead Stadium in December 2018 to watch Reid attempt to pass him on the all-time coaching wins list. Schottenheimer remains the all-time leader in victories as the Chiefs’ head coach with 104, with Reid currently one behind at 103.

Schottenheimer is survived by his wife Pat, to whom he married since 1968, and their children Brian and Kristen. Brian previously served as the New York Jets’ offensive coordinator (2006-11) and recently took on quarterbacks coaching duties in Jacksonville.