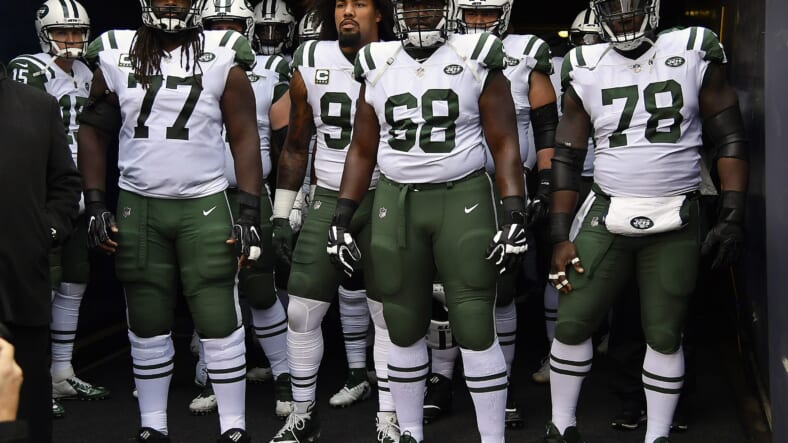 Jonotthan Harrison is coming back to MetLife Stadium

The offensive lineman has inked a deal with the New York Giants, the team confirmed on Wednesday. His new contract is worth $2 million over a single season.

Harrison, set to turn 30 in August, previously spent three seasons as an occasional starter with the Giants’ MetLife Stadium co-tenants, the New York Jets (2017-19). He spent last season on the Buffalo Bills’ practice squad and made note of completing the de facto Empire State trifecta in a caption posted on Instagram.

Harrison entered the league as an undrafted free agent out of Florida in 2014, spending three seasons with the Indianapolis Colts before descending upon the metropolitan area. He partook in 40 games in green, mostly at center, making 19 starts, including 10 in 2019. His release was among the Jets’ final departures prior to the start of the season in September. Quarterback Sam Darnold sang Harrison’s praises upon learning of what he described as an unexpected release.

“For the last 2.5 years, for lack of a better term, heâ€™s been kind of like an older brother to me, showing me the ropes. Itâ€™s been fun, man, watching him come to work every day. He works harder than anyone I know,” Darnold said in a report from ESPN’s Rich Cimini. “Jon is an incredible human being, a great leader, and a great friend.”

Harrison becomes the third center on the Giants’ active roster, joining Nick Gates and Spencer Pulley. The second-year man Gates started all 16 games last season and both he and Pulley are under contract for next season.