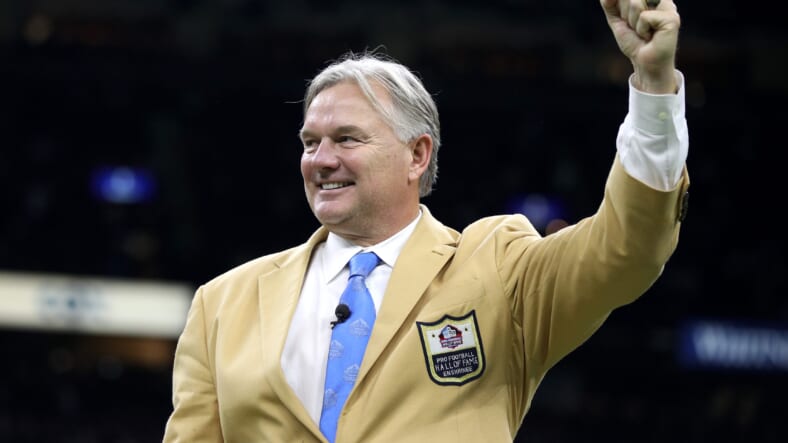 NFL points master Morten Andersen spoke with ESM about pro football’s current state of affairs and what needs to ensure a fall return.

(Special thanks to Bet Pennsylvania for arranging this interview)Â

Morten Andersen loves football. It’s hard to dispute that after the Copenhagen native spent over two decades in the NFL (including a single-season with the New York Giants in 2001), a tenure that ended with Andersen becoming only the second placekicker elected to the Pro Football Hall of Fame.

Speaking with ESM via Zoom, Andersen looked back on an illustrious NFL career, fondly recalling how the love of football has gone international. The Michigan State alum became a source of Danish pride at the turn of the century when his 38-yard overtime field goal at the end of the 1999 NFC Championship Game in Minnesota sent the Atlanta Falcons to their first Super Bowl. When Andersen returned home sometime later, his fellow countrymen were more than happy to express their appreciation of a mini-Danish invasion of American football.

That kick not only earned Andersen a trip to the Super Bowl but also free drinks upon visiting a local cafe/bar in the city of Horsens after a speaking engagement. The Crown Prince of Denmark later invited Andersen to Amalienborg Palace after his induction into Canton.

“People knew there was a guy from Denmark playing football, but it was like ‘eh, that’s cute, that’s quirky, that’s a sport we don’t know (anything) about,” Andersen said. “But when I made that kick, the national pride swelled. ‘That’s one of ours, that’s our guy, that’s our Morten, red and white rocks, Danish dynamite!'”

The game certainly looks different than it did when Andersen, who reached the NFL’s all-decade teams twice (1980s/1990s), was in his prime. Changes go far beyond his familiar kicking territory of adjusting the positions of both kickoffs and extra points.

Each of those relatively recent updates has already become an essential part of the gridiron lexicon. Andersen is now interested where football goes on its continued path of change, one that has seen the NFL insert itself into national conversations about systemic racism and injustice.

“The overarching statement from me would be that kindness, love, and tolerance wins the day all the time,” Andersen said when discussing the NFL’s decision to play “Lift Every Voice and Sing”, commonly referred to as the “Black national anthem” prior to games this season. “I think this is a matter of everyone in the world taking a good, transparent look at themselves and where they are as human beings.”

Promoting such a message prompted Andersen to think of The Beatles, one of his favorite rock bands. A noted music fan, Andersen feels like the concepts could be flow if one saw the world through an artist’s eyes. He has some experience in the pop genre, briefly exchanging his kicking tee for a microphone in 1985 when he and fellow New Orleans Saints specialist Brian Hansen wrote and performed the single “Take It To The Top“.

“Music, to me, it’s something that crosses all races. You just don’t feel the divide, to me anyway, in the music business,” Andersen explained. “There’s no much going on across all genres, all races, all beliefs. The common denominator here is the love of music, the call of music.”

“I’m not trying to make light of what’s going on the world, I’m just talking philosophically. If you take a page from the world of music, and music-making, there’s a tremendous amount of collaboration going on. Keith Richards, for example, he had his roots in blues and jazz. He was a big fan of reggae. He lived in Jamaica for a long time, he was part of that culture. So you get your influences in music from lots of different people. People who are successful had to start somewhere. That collaboration, I think, is a really great motivator for the world right now.”

Andersen is also looking forward to what the new collective bargaining agreement has to offer. Set to turn 60 in August, Andersen admitted he was most focused on the new pension benefits for retired players. Other new innovations include a higher share of league revenue for active participants and an expanded playoff field.

Now, the question becomes whether we will actually see the 2020 season come to fruition. Andersen commented on the current health crisis by remarking that he “can’t see” fans in the stands “in the beginning” But he’s hopeful that international developments, such as European soccer, can serve as a blueprint and inspiration to carve a path to football in the fall.

Even as a kicker, a position that probably hears the most toxicity from fans no matter how little his time on the field may be, Andersen would prefer to see stands filled…on a safe, healthy basis, of course.

“I feed off that energy. I think all guys would like a full stadium. Nobody likes to play in front of an empty stadium, that’s not ideal, that’s not we’re looking for,” he said. “But that would be the sensitive thing to do initially.”