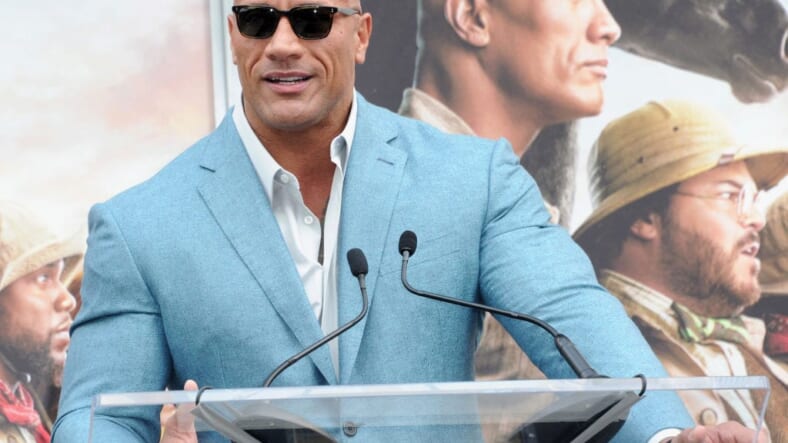 New XFL owners Johnson and Garcia gave a timetable for the return of the star-crossed league, which hinted at a return to the NYC area.

As owners, we’re proud to champion our XFL players, coaches, cities and fans into an electrifying 2022 season!

It’s an uphill battle – but we’re hungry, humble and no one will outwork us.

Metropolitan football fans seeking liberation from gridiron defeat will have to be a little patient.

Actor and businessman Dwayne Johnson unveiled the timetable for the return of the XFL, which is set to make a third attempt at alternative professional football. According to Johnson, who headlined an August purchase from Vince McMahon, the league will return to action in the spring of 2022. Johnson made the announcement through a video on social media showcasing various images of XFL football from their latest incarnation from earlier this year. The video is narrated by Johnson and business partner and co-owner Dany Garcia.

“Our work is cut out for us,” Johnson admits in his narration. “But we wouldn’t have it any other way.”

“This will be earned,” Garcia adds before promising “We’ll give it every last ounce of football-loving energy in the tank.”

No one will outwork us. #XFL is back on the field in 2022. https://t.co/LpUIMArmbb pic.twitter.com/IJMiqss5jY

The video’s imagery hints at a return to the New York City metropolitan area, featuring images of both the city itself and of the most recent team, the Guardians. New York is one of two markets that appeared in both the 2001 and 2020 version of the XFL, the other being Los Angeles. The Guardians went 3-2 in a season that ran in February and March, one that was shut down early due to the ongoing health crisis. New York won both of its games played at MetLife Stadium, the most recent being a 17-14 triumph over the Los Angeles Wildcats on February 29.

â€œThe XFL represents the idea of ultimate opportunity; itâ€™s a league of soul and culture, anchored by the pursuit of dreams and love for the game, that we couldnâ€™t be more proud to lead,â€ Garcia and Johnson said in a statement. â€œEvery XFL player, coach, city, and fan is our top priority and we couldnâ€™t be more excited to champion them in an electrifying 2022 season. We are the new XFLâ€”hungry, humble and no one will outwork us.â€

â€œFor the love of football and for the safety of our players and fans, weâ€™ll be back on the field in 2022,â€ Jeffrey Pollack, XFL President and COO, added in the same statement. â€œThe opportunity in front of us, with our new ownership, is simply too big to rush back.Â  We want to do this properly with care and thought for everyone who loves football, especially our players, coaches, partners, and fans.â€Â

The XFL was originally formed by McMahon in 2001, in association with his World Wrestling Federation property and NBC. This original version attempted to thrive on shock value and wrestling-style kayfabe and lasted only a single season due to poor reviews and low ratings. Johnson, a former WWF wrestler, would make appearances at original XFL games under his persona “The Rock”. The New York/New Jersey Hitmen played their games at Giants Stadium and finished with a 4-6 record.

McMahon resurrected the property in January 2018 with a more straightforward approach to football that nonetheless featured new innovations like a modified kickoff process and overtime format. It appears that Johnson will likewise bide his time when it comes to the league’s debut. The Guardians were locked in a three-way tie for first place in the XFL’s eastern conference at the end of the abbreviated return. Three New Yorkers currently reside on NFL practice squads. Offensive linemen Jarron Jones and Anthony Coyle are with the Pittsburgh Steelers while kicker Matthew McCrane recently joined the Cleveland Browns. Praise was bestowed toward the league’s game presentation, where sideline reporters from the networks of ESPN and Fox Sports would interview players and coaches while the game was ongoing.

Johnson, who is currently filming the action-comedy filmÂ Red Notice for Netflix alongside Gal Gadot and Ryan Reynolds, has hinted that the league’s eight teams, including the Guardians, will return for the new edition. The XFL was the latest league to test the usually murky waters of alternative professional football. Other recent attempts include the Alliance of American Football (which folded in the midst of its only season in 2019) and the United Football League (which ran sporadically for four seasons).