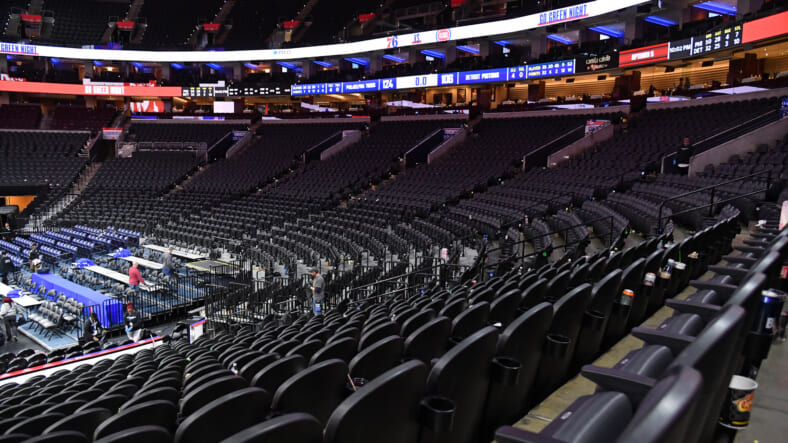 In an interview with Peter Hanby of Snapchat, the nation’s top infectious disease expert Dr. Anthony Fauci suggested a summer return for major sports. But, the return would have some restrictions.

“Nobody comes to the stadium. Put [the players] in big hotels, wherever you want to play, keep them very well surveilled,” said Fauci. “Have them tested every single week and make sure they don’t wind up infecting each other or their family and just let them play the season out.”

There have been similar proposals, such as the MLB’s to play in Florida and Arizona, as well as the NBA’s proposal to play the remainder of the season and the postseason in Las Vegas. From what Fauci said, it seems as if players would get some access to their families as long as players stay relatively isolated.

Right now, the PGA Tour is the first sport to have a return set. They will return to the Charles Schwab Challenge in Fort Worth, Texas, on June 11th. Racing events such as NASCAR may end up returning around the same time.

The committee is rumored to begin preliminary meetings on Wednesday and will continue to have frequent meetings until further notice.

It’s great that sports are nearing a safe return, and that Dr. Fauci is in agreement.

“I’m living in Washington, we have the world champion Washington Nationals,” said Fauci. “I want to see them play again.”