Did Scott Frost Secure His Job With Michigan State Victory? 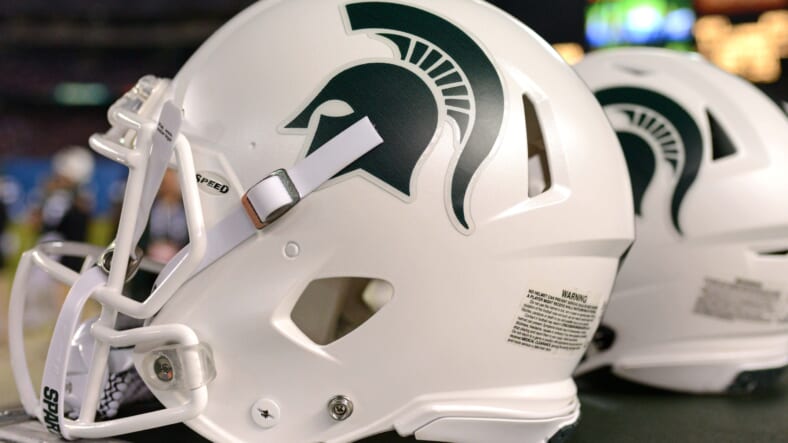 Nebraska has a signature win. If it’s possible for a team of their stature to have a signature win during a season where they’ve only won four games at this point in the season, that is. It wasn’t a pretty win, but Nebraska fans can’t ask for style points at the moment, and everyone will be proud of it because it’s a gritty win where the defense showed up and held Michigan State to six points for the entire game.

Michigan State, of course, aren’t in the best shape themselves. They came into the game with four losses, and it’s a far cry from when it seemed like they could defy some expectations and jump back into the race for the Big Ten East following a loss to Arizona State early in the season, and a scare against Central Michigan. But it just isn’t the Spartans’ season. Still, despite Michigan State struggling, it’s a big deal for Nebraska to beat them.

It’s the type of win that gets at least some momentum back going into next season, and helps prevent a rookie head coach from losing the locker room before the new regime can get off the ground.

For Michigan State, though, the opposite is true. Blowing a lead in the fourth quarter and doing it by allowing three field goals to give an opponent the win is embarrassing, especially when the three field goals are the opponent’s only points of the entire game. They were without their usual starting quarterback because of injury, but that doesn’t justify Rocky Lombardi’s 3.6 yards per completion and his overall poor completion percentage. Of his 41 passes, only 15 were caught.

It’s what head coach Mark Dantonio pointed to afterwards as one of the main reasons for the loss. “We had too many drops, I felt. If you had to point to one thing in the football game, you got to look at the dropped passes,” he said after the game.

He also explained the decision to start Lombardi in the first place. “We just felt like we needed to rest Brian [Lewerke] this week until he was able to sort of settle himself a little bit, settle his shoulder. He could have played.”

Nebraska quarterback Adrian Martinez hardly had a better game, but Nebraska was able to get three more points than Michigan State at the end of the day after kicking a field goal to take the lead late in the fourth quarter. Could this be a win that helps head coach Scott Frost in keeping his job?

It seems unlikely that he would be fired after one year, but Nebraska is having their worst season in forever and adding one more win adds some more security. Especially if this isn’t the only win they pick up before the end of the season.

While things are mostly lost at this point, Nebraska would do well to fight hard for a win in their final game against rivals Iowa. Momentum is what’s important right now. And Scott Frost managed to pick up some of it by coaching the team to its best defensive performance this season… Even if that performance came much later than any Nebraska fans would have wanted.