Big Ten: Things Get Worrying For Nebraska After Michigan Loss 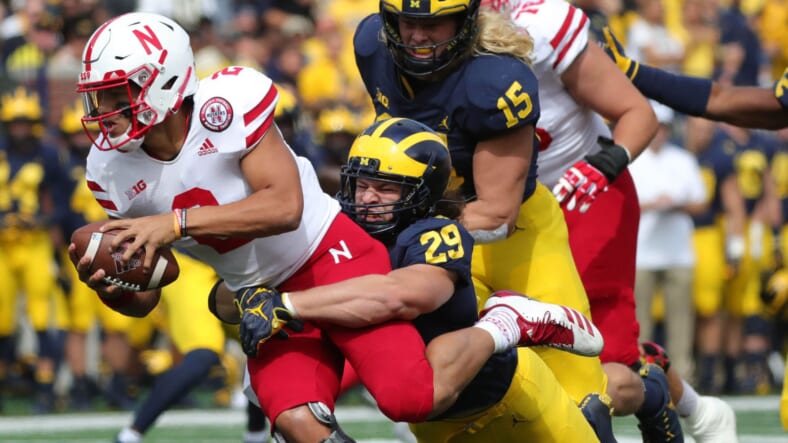 When is the losing streak going to end? It’s only at three games, which wouldn’t be the end of the world in the NFL, but this is college football. Nebraska’s three game losing streak would seemingly signal that the season is over, for most teams. But for a team of their stature, it’s even worse. Three losses to open up the season, including one at home against Conference USA opponent Troy, is catastrophic.

While there will always be some fans that argue for a new head coach to be given time to fix an inherited roster, the majority is not usually level-headed. The honeymoon period for Scott Frost is over, and it’s not because the Cornhuskers lost to Michigan, but because of the way the loss happened.

The fact of the matter is that Nebraska didn’t look like a team coached by someone coming off of an undefeated season, at all. The coaching staff can’t fix a roster up immediately and take a bad team to the Playoff, but they can make the losses better than the ones Nebraska has had so far. Getting blown out by Michigan isn’t that bad in isolation, considering the current situation in Lincoln.

But opening the season with a loss to Colorado, and then getting beat at home by Troy, and annihilated by Michigan one week later? If the culture is changing at Nebraska, it looks like the changes won’t be complete until much further down the line. You could argue that any progress could have easily been lost in the results through the first three weeks.

It sounds harsh, but the Michigan running game made the Nebraska defense look like a high school one at certain points when Michigan made big gains. Their offensive line also didn’t do much to protect Martinez, who will be quickly injured once again at this rate.

“After the first series, when we went back out there, we just knew they wanted to give up. You could just see it in their eyes. It’s not anything I can really put into words [but] you could tell by the way a receiver is running his route, or the way you get blocked or the type of passion they’re playing with. We just sensed they didn’t have it, so we used it to our advantage,” said Michigan safety Josh Metellus, following the game.

What does it mean for Nebraska and their new head coach Scott Frost? It means that they need some urgency going into the Purdue game, which could end up being one of the most important ones of the season. Not because Purdue is a highly ranked opponent, but because coaches have been fired for less and an 0-4 start would risk turning Nebraska into another Tennessee: a program where the fans have no faith in the staff and where every loss worsens the situation until things spiral out of hand.

Scott Frost was expected by many to be the savior of Nebraska football. But right now? Nebraska is worse than they’ve been under any of their previous coaches in recent memory. They haven’t had a record like this at the start of the season since 1945. If things don’t turn around soon, the Frost era could easily be derailed before it can get off the ground initially.

And that’s why the Huskers should be worrying about Purdue, a team that not many thought they’d be circling on the schedule before the season started.