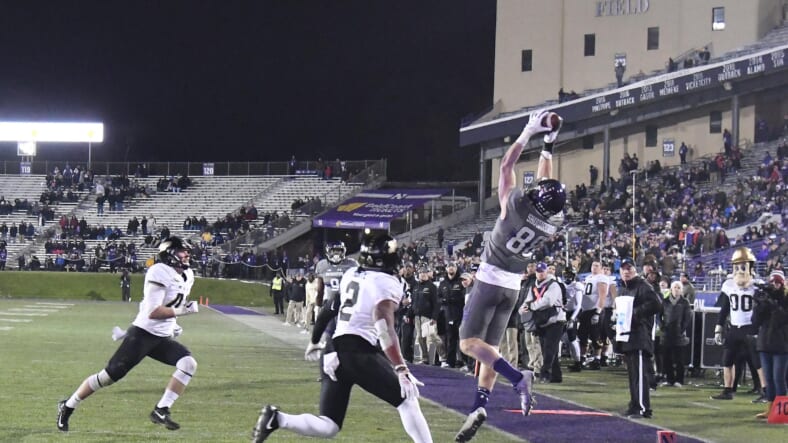 Before conference play begins for some of the bigger names in the Big Ten, Northwestern and Purdue will kick things off with an 8:00 PM night game that should be an interesting matchup. These schools are only divided by roughly two and a half hours, and their game on August 30th will take place long before any of the scheduled conference games this year.

Who has the edge in this battle of neighbors?

It’s somewhat hard to judge Northwestern without knowing who will start at quarterback. Clayton Thorson overperformed last year and threw for 2,844 yards, as well as 15 touchdowns, but was injured just as the season was coming to a close. As such, he’s not the guaranteed started on day one despite being the most talented quarterback on the roster.

Either Thorson or T.J. Green will be the starter, but unless Green has made big improvements during this offseason, Thorson is the better player by a decent margin. Green doesn’t have as much experience entering the season, and he hasn’t even received playing time as a backup. Last season, he only played in one game and had five passing yards total.

The two could end up evenly matched at the QB position regardless of who wins the Northwestern job. Purdue has their own quarterback battle, between redshirt senior David Blough and redshirt junior Elijah Sindelar. Both have had their moments, and both received enough time in the spotlight last year to throw for more than 1,000 yards. Sindelar, though, just about doubled Blough’s production.

Purdue could even use each quarterback in different situations. “We know what coach Brohm is thinking, the plays he wants to call and how he wants it to be different if Iâ€™m in, if Elijahâ€™s in,” Blough said recently, praising head coach Jeff Brohm’s communication skills.

Brohm hasn’t just gotten the most out of the quarterbacks that he inherited upon joining Purdue. His tenure has also improved the defense, which became one of the top 25 scoring defenses in the country last year after previously ranking closer to the bottom in defensive scoring.

Junior linebacker Markus Bailey returns after some big performances last year, to man them middle of the linebacker group. They also have a clear-cut leader in their secondary, redshirt senior safety Jacob Thieneman. Just like the rest of the Purdue defense, Thieneman had a big improvement last year and finished with 73 tackles compared to 14 from 2016, in addition to two interceptions.

Northwestern’s defense, on the other hand, will have more of an advantage in the trenches and will look for sacks. They bring back reliable pass rushers Joe Gaziano and Samdup Miller, which should give them an advantage over Purdue in the pass rushing department.

Going back to the battle in the trenches, though, you have to consider that Purdue has more running back depth than a Northwestern team that lost top rusher Justin Jackson and may not have a replacement that’s as good. So who pulls out the win in the end? Both teams are around the same level, but it looks like Purdue could win the coaching battle and they also have less uncertainty about their quarterback situation.

They also play at home. It won’t be an easy game by any means, but their home crowd should give them enough energy to boost them to the victory.