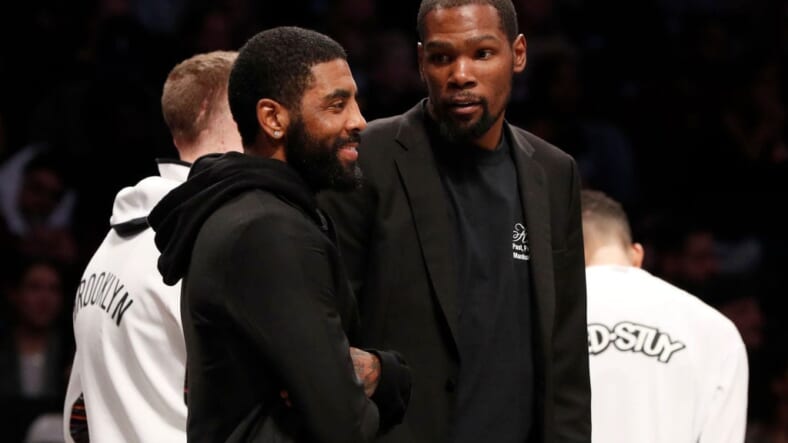 With the 2019-20 NBA season’s return looking bleak, I thought it would be appropriate for us to begin looking forward to next year. There is no team with more hype and uncertainty surrounding them than the Brooklyn Nets. Assuming the Nets don’t make any major moves this off-season (big assumption here) let’s break down 3 reasons that Nets fans should be excited for next year.

3 Reasons for Nets Fans to Look Forward to Next Season

3. THE DEVELOPMENT OF NIC CLAXTON – Claxton showed flashes of brilliance during his rookie season with the Nets, but unfortunately received limited time with the team and was held in the G-League for most of the year. Still, Nets fans are excited to see what this sophomore will be able to do when given the chance. Claxton’s lengthy wingspan of 7’2.5 and his ridiculous athletic ability makes him a viable future option for the Brooklyn Nets at the power forward position. While he may not be as explosive as a Jarrett Allen or Deandre Jordan, his agility is extremely impressive for someone his height and he can prove to be a nightmare on the boards paired with Allen or Jordan.

2. THE RISE OF CARIS LEVERT – Now in his 4th season in the NBA, Caris LeVert is finally starting to come into his own. As one of the primary scoring threats for Brooklyn down the stretch, LeVert was incredible, averaging 20.6 ppg in his last 10 games of the season. His notable moments this season consisted of putting up 51 in a win against the Celtics in one of greatest 4th quarter performances in recent memory and notching his 1st career tripe double in what ended up being Kenny Atkinson’s final game as Nets head coach. He also looked much more confident shooting the 3 balls this season, hitting 38% of his attempts, the highest % of his career. LeVert, who is known for doing most of his scoring off the dribble, will have to work on his off-the-ball game as he appears to be 3rd in the offensive pecking order behind Kyrie and KD. It will be fun to see how LeVert can do produce in this star-studded offense.

1. THE RETURN OF KEVIN DURANT & KYRIE IRVING – This is what many Nets fans have been waiting to see since KD and Kyrie made their announcement in July last year; the vision of one of the games greatest scorers of all time being paired with one of the elite scoring point guards in our game today. We saw what Durant was able to do playing with Curry and Thompson in Golden State, it shouldn’t be a stretch to think him and Kyrie can dominate the East in a similar fashion, especially if the supporting cast is able to buy-in. Kyrie and Durant will be a dynamic pairing for several reasons – both have the ability to create their own shot in any given situation, both have proven to be clutch in their career, and maybe the most important factor of all, both guys are out to PROVE something to the rest of the league. And both stars left their previous team with a sour taste in their mouth. Now the two have a chance to lead Brooklyn to a championship together.