Brooklyn Nets: An Eventful Recap of the Week 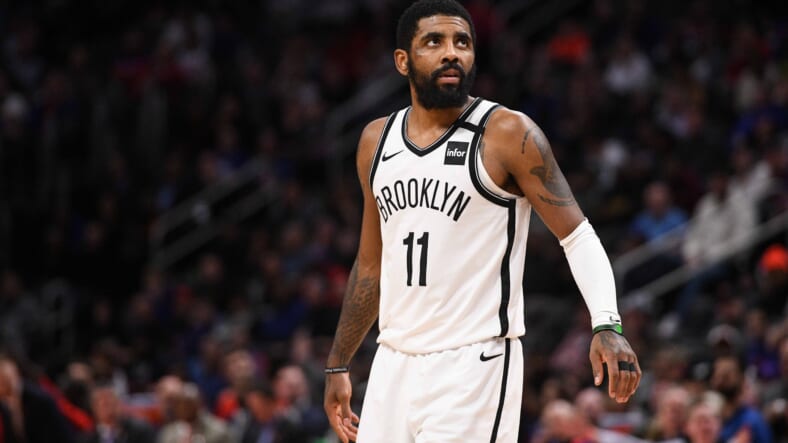 Since the quarantine has began, there have been many non-eventful weeks for your Brooklyn Nets. This was not one of those weeks. We now have a full Spencer Dinwiddie controversy on our hands, our former point guard taking shots at our former coach, and two Nets players attending a virtual strip club together. Let’s get into it!

Nets guard Spencer Dinwiddie (@SDinwiddie_25) says he will sign a one-year deal with the NBA team fans decide if they reach Bitcoin target of roughly $24,632,630 on a GoFundMe. Dinwiddieâ€™s statement: pic.twitter.com/oebwkoFBEO

Canâ€™t wait to see where I play next.

Dinwiddie is no stranger to stirring the pot on Twitter. Last month, he joked about being a player/GM for the Chicago Bulls to fix their franchise. This week, he seems to be a bit more serious about his impending free agency and assumed exit out of Brooklyn. Dinwiddie has been tweeting a storm recently about fans choosing Dinwiddie’s next destination by donating in Bitcoin to reach a target goal of about $24 million. While most have no idea of the legality of his plan or if the team that wins the fan auction would even want Dinwiddie’s services, Nets fans have taken to Twitter to express their disappointment in the point guard’s recent actions. Here are several fans reacting to Dinwiddie’s recent proposal:

Spencer Dinwiddie: â€œIâ€™m going to let YOU, the fans, determine my next team!â€

AGENT: so you did the hard part! Youâ€™re an established NBA starter who might make an all-star game someday. Now all you have to do is not get yourself kicked out of the league through multiple schemes about your contract terms involving cryptocurrency

Does Spencer Dinwiddie think we care enough about where he plays basketball that weâ€™re just gonna fork over 25 mil from our pockets and give it to him…?

It seems as though Dinwiddie’s days with the Nets are numbered. General Manager Sean Marks cannot like what he sees from Dinwiddie, who more often than not recently, has seemed to make the story about him.

Maybe even more shocking than Dinwiddie’s Bitcoin proposition is the recent revelation from former fan favorite D’Angelo Russell, who had some very interesting things to say about his former coach Kenny Atkinson. Many fans assumed he two had a decent relationship, based on their shared success in the 2019 season. Apparently, that might not have been the case.

Russell was recently interviewed by the Athletic and was asked as to why Atkinson did receive enough credit for the Nets making the playoffs in 2019. DLo told The Athletic, â€œIâ€™m not going to give it to Kenny. I still donâ€™t think he knew what he had, honestly. I donâ€™t think he knew what I was capable of in the fourth quarter.â€ (Full article here) Russell was electric that year for the Nets, but there were moments throughout the season that it seemed like he could have been playing more down the stretch. Clearly, Atkinson’s usage of Russell still bothers him to this day and it seems as though these two won’t be getting together for a friendly dinner anytime soon.

According to TMZ, Demon Time, the “most popular digital strip club,” has partnered with OnlyFans after becoming too raunchy for Instagram Live. Who would be interested in a virtual strip club experience you ask? Apparently Brooklyn Nets Kevin Durant and Caris Levert are! The two, along with several other celebrities, we’re on a special celebrity guest list that went public yesterday. Clearly, this seems like a great virtual event for Durant and Levert to bond with each other, which will make their connection on the court that much more special! Other notable athletes on the list include Odell Beckham Jr., Victor Cruz, and Delon Wright.