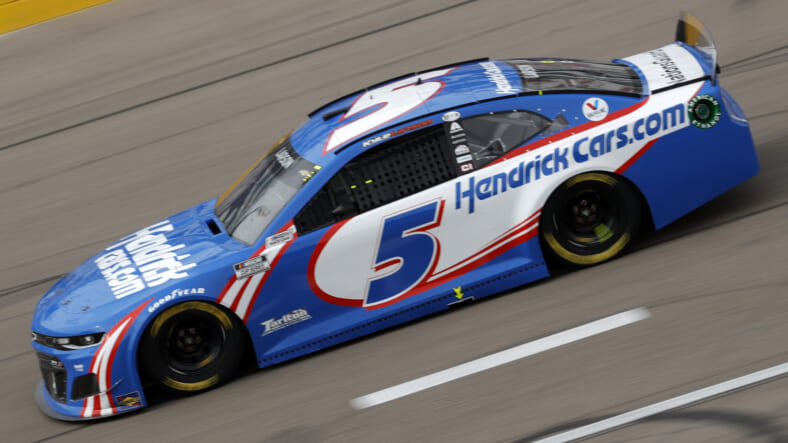 For the first time in nearly 51 years, the NASCAR Cup Series is getting dirty! NASCAR’s best head to a dirt-covered Bristol Motor Speedway for a 250-lap duel in Tennessee. The field will be set by four 15-lap qualifying races consisting of nine or ten cars based on a random draw. Some Cup Series drivers are experienced in dirt racing, while others have very little experience. Here are three drivers to watch this weekend on dirt in Bristol.

Kyle Larson has gained the reputation of being one of the best dirt late model racers out there. He won over 40 dirt races in 2020 while suspended from NASCAR and is a two-time reigning Chilli Bowl Nationals winner, the dirt equivalent of winning a Daytona 500. Larson also won the 2016 Truck Series dirt race at Eldora Speedway.

In the 2021 Cup Series, Larson already has a victory and two other races in which he was very close. He wrecked late at the Daytona Road Course while in contention for the win, and dominated last weekend at Atlanta before getting passed late by Ryan Blaney. Expect Larson to run up front all race on Sunday.

Bell has gotten off to a strong start this season, winning at the Daytona Road Course and currently sitting 9th in the points standings after a 21st place finish last weekend in Atlanta. Bell is one of the favorites on Sunday, and expect him to run towards the front at the end of the race.

Kyle Busch hasn’t proven to necessarily be as strong of a dirt racer compared to Larson and Bell, but the difference is that Busch already has practiced on the dirt configuration. He ran in the Bristol Dirt Nationals last weekend, finishing second in the B-Main, and then 11th in the A-main race.

Busch picked up another top-5 last weekend at Atlanta but has yet to secure his first win of 2021. Experience pays off, so expect Kyle Busch to have a strong chance at victory on Sunday in Bristol.