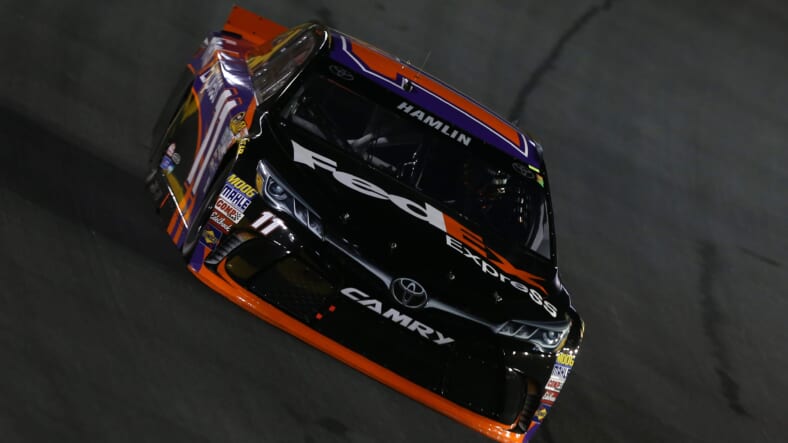 After an eventful Talladega race, the NASCAR Cup Series makes a stop in the Midwest at Kansas Motor Speedway. The race will last 267 laps, equivalent to 400 miles. Last week’s winner Brad Keselowski rolls off from the pole position while last fall’s winner Joey Logano starts 29th after a crash at Talladega. Here are three drivers to watch on Sunday.

To no one’s surprise, Martin Truex Jr. has had a lot of success at Kansas Speedway. Living up to his name of “Mile and a Half Martin”, Truex Jr. has two wins and 12 top-10s in 25 starts on the circuit. Both of his wins came in 2017, the year he won the Cup Series Championship.

2021 has so far been kind to the Truex Jr. and the No. 19 team. With wins at Phoenix and Martinsville, Truex Jr. is the only Cup Series driver with multiple wins on the season and is currently 2nd in points. Expect Truex Jr. to run up front on Sunday.

Much like Truex Jr., Kansas has been kind to Denny Hamlin over his career. He’s won three times at the track with 8 top-5s and an average finish of 14.5. Hamlin is also the winner of two of the last three races at Kansas.

Although Hamlin’s had massive success this season, he still hasn’t pulled out a victory. With top-10s in 8 of 10 races, Hamlin holds a nearly 90-point lead in the standings with many close calls and stage points this season. Sunday would be a great time for Hamlin to finally break through and secure his first victory of the season.

Someone who’s struggled a bit this season is defending Cup Series champion Chase Elliott. He’s managed just 4 top-10s so far, however, he remains in 8th in the standings due to stage points.

Elliott’s had a good bit of success at Kansas, winning once with 6 top-10s in 10 starts at the track. He has an average finish of 11th and doesn’t have any DNFs. Don’t be surprised if Elliott breaks through for a big victory on Sunday.