NASCAR: Safety advancements may have once again saved lives in the 2021 Daytona 500 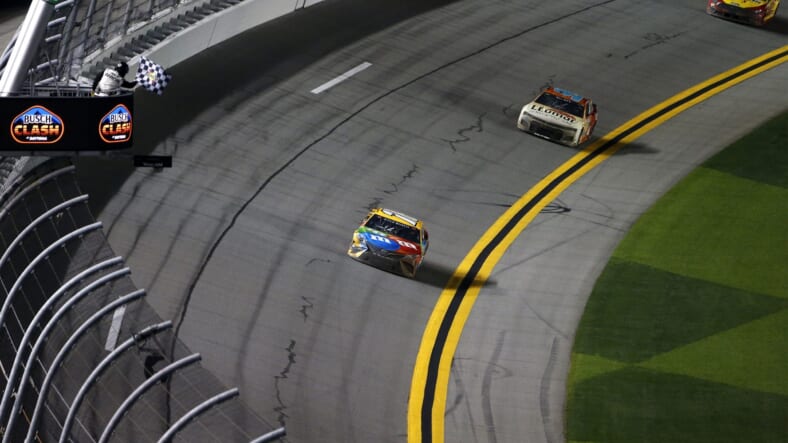 Early Monday morning, Michael McDowell shocked the sports world when he avoided a last-lap crash to win the 63rd Daytona 500, his first Cup Series win in 358 starts. He was just second to Michael Waltrip in starts before a drivers’ first win, Waltrip making 462 starts before his first NASCAR Cup Series victory.

However, one of the more underrated stories of the race was the crash on the final lap. Without the crash, McDowell’s chances of winning would’ve been a lot slimmer, but the crash could’ve been catastrophic if not for the safety advancements in the cars.Â This week marks 20 years since the death of Dale Earnhardt. If Earnhardt never got killed racing in 2001, some of the safety measures currently in place may never have been instituted, potentially leading to more deaths.

On the final lap of this year’s Daytona 500, Brad Keselowski had a great run down the back straightaway thanks to a push from McDowell. Going into turn three, Keselowski tried to pass his teammate Joey Logano on the bottom for the lead when the two made contact, setting off a major crash.

Busch and others were slow to climb from their cars but were all okay after the fiery crash.

How about that finish? pic.twitter.com/lTsyYF7Gxq

Many of the new safety advancements include more roll bars, improving the sturdiness of the car. Without some of the driver-side roll bars, Busch could’ve been crushed by Cindric’s car and seriously injured, if not killed.

Incidents like that just show how much safer this sport has gotten. 20 or 30 years ago, drivers don’t survive similar crashes, when now we see drivers escape under their own power.

Although cars are safer, we’re still reminded about the dangers of NASCAR, like with Ryan Newman’s crash at this race last season. Newman’s crash was the worst accident the sport had seen since Earnhardt’s crash, and fortunately, Newman survived and made a full recovery.

Seeing drivers survive crashes like Busch’s and Newman’s are testaments to the race shop workers and NASCAR for everything they’ve done to keep drivers safe. Next week, we’ll head back to Daytona to race the road course with everyone safe and healthy, and that’s all that matters.