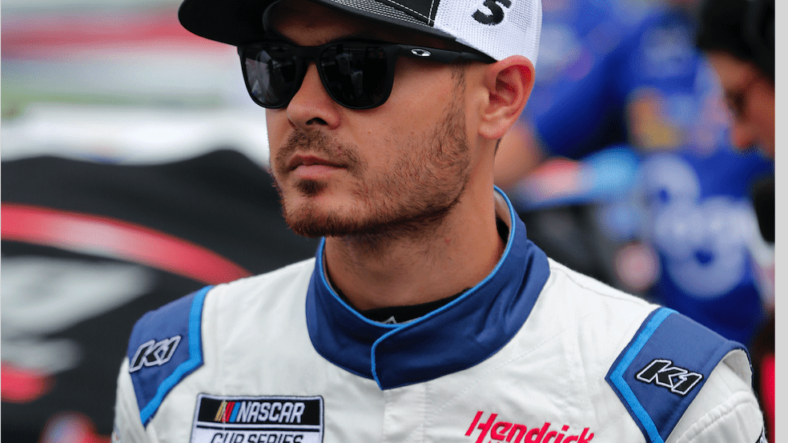 Hendrick Motorsports made history in a familiar way: together in dominant fashion.

HMS Chevrolets have now won three consecutive events to tie and break Petty’s record. Larson took home his second win of the year, with his teammates Chase Elliott, William Byron, and Alex Bowman finishing second, fourth, and fifth respectively. Only third-place Kyle Busch broke up on the HMS monopoly in the No. 18 Joe Gibbs Racing Toyota.

“It’s perfect. Everything down to the way they mow the lawn. It looks amazing. They put a level of pride and effort into everything…(Hendrick) has built such an amazing empire. Everyone there loves to work there,” Larson said of working with HMS. “I’ve always had a lot of respect for him. Getting to see the level of respect everyone has for him, how they love to work for him, it shows how great of a person he is…there’s a lot to be learned off of him.”

Hendrick, 71, made his fortune as the owner of several Chevrolet dealerships. He entered NASCAR ownership in 1984 and his team has gone on to win 13 Cup Series titles and over 300 races in the three national touring series. Elliott earned the most recent championship last season in the No. 9 Chevrolet.

Sunday’s win was almost thematic in its timing. Not only is Charlotte a five-minute drive from HMS headquarters in Concord, but the No. 5 Chevrolet currently driven by Larson also raced to Hendrick’s first victory back in 1984 with Geoffrey Bodine behind the wheel at Martinsville.

Hendrick had a little bit of pride in capturing the win at Charlotte but would’ve been happy with any of his quartet reaching victory lane.

“I really wanted to do it in Charlotte,” Hendrick said. “(But) I didn’t care who broke the record, I just wanted to win it. Any one of them, I pull for them all the same. It’s tough when they’re battling each other for the lead, but the objective in this race was winning…It’s like having a bunch of kids. You love them all the same, each one of them has different strengths and characteristics. But at the end of the day, they work well together.”

The Charlotte dominance was Larson’s second win in the No. 5, which also played host to Terry Labonte’s Cup Series title in 1996. Finishing off dominating performances has been a struggle for Larson. He previously led at least 200 laps in six prior events but came out winless each time. Additionally, he is by far the 2021 leader in laps at the front with 1,105. It wasn’t hard for Larson to get the lead early on. This weekend’s events held qualifying at the 1.5-mile oval and Larson’s time put him on the pole next to Ricky Stenhouse Jr. in the front row.

He closed the deal on Sunday, holding a final margin of over 10 seconds on Elliott. The No. 5 led the way for HMS, whose four vehicles led all but 17 laps on Sunday. It wasn’t hard for Larson to get the lead early on. This weekend’s events held qualifying at the 1.5-mile oval and Larson’s time put him on the pole next to Ricky Stenhouse Jr. in the front row. Elliott and Byron were third and fourth right behind them at the start.

HMS Chevrolets have now won each of the last three races, with Bowman previously winning at Dover and Elliott winning last week at the Circuit of the Americas. Byron, piloting Jeff Gordon’s No. 24, has finished in the top ten in all but one of the past 13 races and set a new career-best with his sixth top-five finish of the year on Sunday.

“It’s a great problem to have,” Larson said of racing his teammates for victories. “We’ve done a great job of racing each other hard, but yet not putting each other in a bad spot either so. We all want to see each other succeed for Rick and we all work great together during the week and even on the weekends…we’re racing with respect.”