NASCAR is reinvigorated as new eyes shift to its incredible change 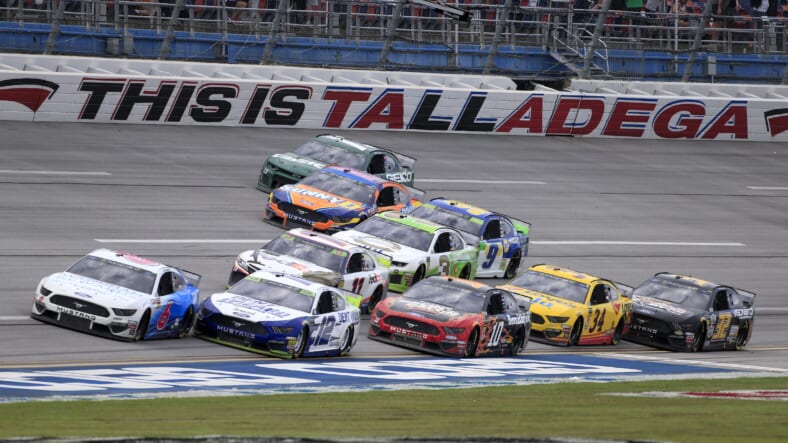 TALLADEGA, AL - OCTOBER 14: The lead pack heads into the tri-oval for the final time during the running of the 51st annual 1000Bulbs.com 500 on October 14, 2019 at Talladega Superspeedway in Talladega, Al. (Photo by Jeff Robinson/Icon Sportswire via Getty Images)

NASCAR was one of the first professional sports leagues to return following COVID-19. The desperate longing for sports and gambling has driven diehard sports fans to all forms of sports. Soccer has become a little more recognized by some that had ignored it in favor of NBA or MLB during the early summer.

The AFL and KBO have gained more mainstream notoriety in recent weeks as their fan bases expand to the United States. The sport thatâ€™s had the most successful return, NASCAR. NASCAR has experienced a reinvigoration in terms of both public image and ratings.

In the last few weeks since their return, over the span of 11 races, including some primetime week races, some races on FS1, and the usual summer dip, NASCAR has had an average of 3.08 million viewers per race.

In terms of comparison against pass races this time last year, the numbers are higher even if theyâ€™re on FS1. Publicly NASCAR being back also turned eyes to the sport with the uproar of the Black Lives Matter Movement and allowed them to take a vocal stance in support of the movement. More eyes are tuning into the sport, and more money is being spent on merchandise than before.

With that said, is it sustainable? As the NBA and MLB attempt to navigate their returns, those same fans that gravitated to NASCAR in the absence of sports may return to watching the more familiar sports. Not only that but as coronavirus spikes in the south, thatâ€™s not good for NASCAR, which has most team shops primarily based in North Carolina. Now, Jimmie Johnson has been diagnosed with COVID, and that could also spark some worries as the first case theyâ€™ve had since their return.

Still, with sports like MLB struggling to return and missing out on an opportune time to gain mainstream attention and the NBA trying to navigate the new normal, eyes will still be on the sport for now. At least for now, a sport that was deemed by some to be on the ropes just a short time ago has experienced a rejuvenation.