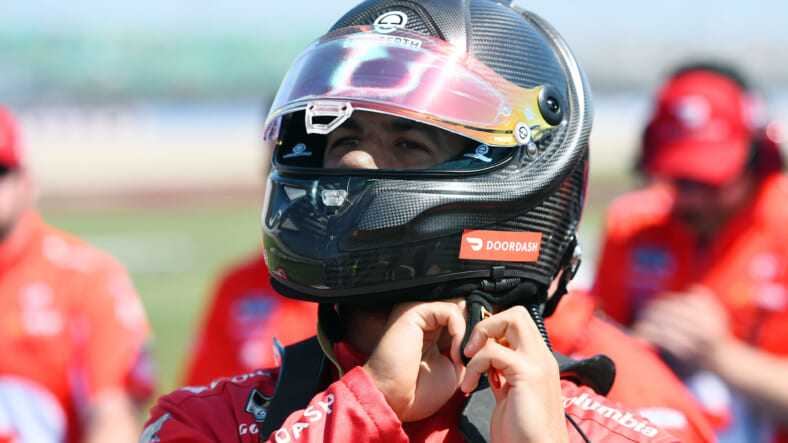 “We had a strategy and we stuck to it,” Wallace said postrace on Sunday. “Just proud of the effort, and got to keep going”.

That strategy involved riding out a classic fuel mileage race at Pocono on Sunday, being one of the few cars to make it to the finish line with fumes in the tank. Joe Gibbs Racing alliance teammate Kyle Busch came across the finish line first with less than a lap of gas and the car stuck in fourth gear to secure the victory.

“Good all-around weekend for the organization,” Wallace said. “[Busch has] been strong here at Pocono, [and] it’s good to see a Toyota in Victory Lane”.

With the invert from Saturday’s race at Pocono, Wallace started Sunday’s event in seventh place and came across the finish line fifth to end Stage 1. The 27-year-old dropped back to 17th at the end of Stage 2, however, the team’s fuel strategy enabled them to climb up to fifth by the end of the race.

“It’s so easy to get put in the hornet’s nest [at Pocono],” Wallace said. “I knew our car was good enough to be top-10, [but] I didn’t know it would come down to a nailbiter with fuel”.

Wallace earned 38 points in Sunday’s top-5 finish, putting him 20th in the standings with seven races remaining until the start of the playoffs. He sits just 54 points outside the top-16 of points, well within striking distance of the postseason grid. However, the only obstacle standing in Wallace’s way are three high-speed road courses on the schedule, including Road America this weekend.

“I’m excited [about Road America],” Wallace said. “It’s been six years [since I’ve been there], but it’s like riding a bike. [I’ve] been there on the TRD simulator, it’s been good. [I’ll] plug in some time next week and really get ready”.

Although Wallace and 23XI Racing are thrilled to check off a top-5 finish, the team is hungry for more.

“Hopefully we can get our No. 23 Toyota Camry to Victory Lane soon,” Wallace said. “Fifth is good, but it’s not great”.