NASCAR Cup Series at Darlington: Everything you need to know for Sunday’s Southern 500 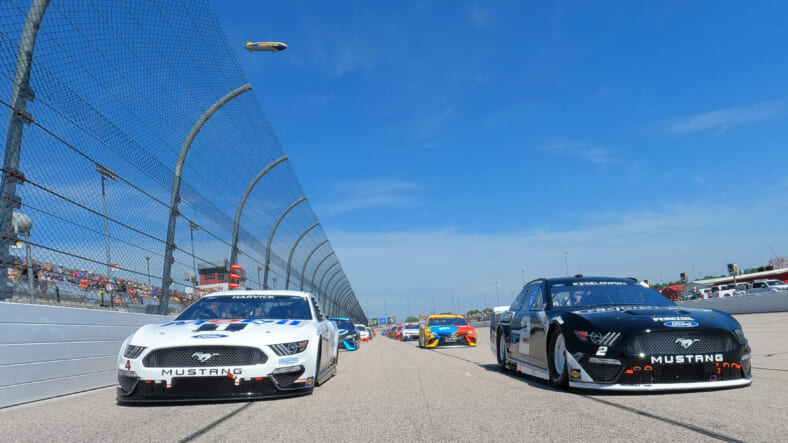 DARLINGTON, SOUTH CAROLINA - MAY 09: Brad Keselowski, driver of the #2 Freightliner Ford, and Kevin Harvick, driver of the #4 Mobil 1 Throwback Ford, lead the field on a pace lap prior to the NASCAR Cup Series Goodyear 400 at Darlington Raceway on May 09, 2021 in Darlington, South Carolina. (Photo by Chris Graythen/Getty Images)

After a thrilling Coke Zero Sugar 400 at Daytona International Speedway, the NASCAR Cup Series travels to Darlington, South Carolina for the Southern 500 at Darlington Raceway. The race will kick off the highly-anticipated Cup Series playoffs.

With the United States of America celebrating Labor Day on Monday, September 6, this weekend’s Cup Series race is a rare Sunday night race. The event is expected to go green at 6:18 p.m. EST on Sunday with coverage beginning at 5:30 p.m. EST on NBCSN.

The Southern 500 is NASCAR’s second-longest race of the season; only the Coca-Cola 600 at Charlotte Motor Speedway is longer. Sunday’s event is scheduled for 367 laps and 501.3 miles with stage breaks at laps 115 and 230.

Coming off back-to-back wins in the final two races of the regular season, Ryan Blaney holds the pole position for Sunday’s Southern 500. Joe Gibbs Racing driver Denny Hamlin starts beside Blaney in second with Kurt Busch, Chase Elliott, and Alex Bowman rounding out the top-5. Regular-season champion Kyle Larson will start sixth. The 16 playoff drivers are the top-16 starters in each of the three Round of 16 races.