NASCAR Cup Series at Darlington: Everything you need to know for Saturday’s Federated Auto Parts 400 Salute to First Responders 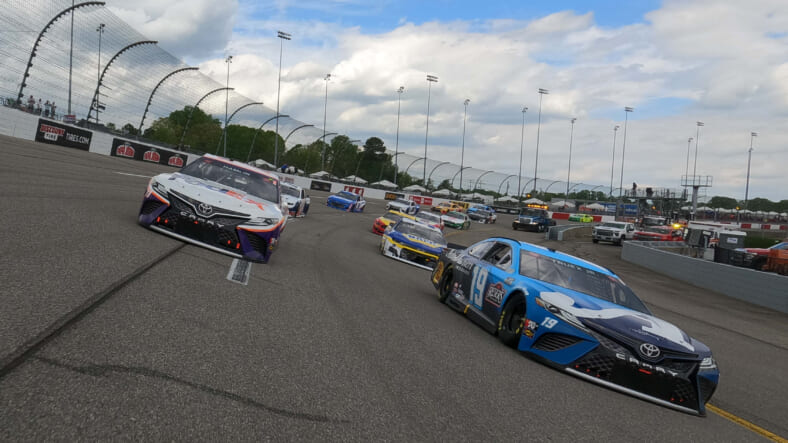 RICHMOND, VIRGINIA - APRIL 18: Martin Truex Jr., driver of the #19 Auto-Owners Insurance Toyota, and Denny Hamlin, driver of the #11 FedEx Express Toyota, lead the field on a pace lap prior to the NASCAR Cup Series Toyota Owners 400 at Richmond Raceway on April 18, 2021 in Richmond, Virginia. (Photo by Sean Gardner/Getty Images)

Saturday’s NASCAR Cup Series race at Richmond Raceway will be an unforgettable one. Thirty-seven of the world’s best drivers take to the track on the 20-year anniversary of the 9/11 attacks in New York City, Washington D.C., and Shanksville, Pennsylvania. Many drivers will race with special 9/11 tribute paint schemes to honor the first responders and other individuals lost on that horrific day.

On the racing side of things, Saturday’s Federated Auto Parts 400 Salute to First Responders is meaningful in the Cup Series playoffs. The event is the second of three races in the Round of 16. Denny Hamlin won last weekend’s Southern 500 and has punched the only ticket into the Round of 12 thus far. Kyle Larson sits 80 points above the cutline and needs two DNF’s to put his playoff hopes remotely in jeopardy. Martin Truex Jr. holds a 36-point advantage from the cutline and is seemingly safe to advance into the Round of 12. The other 13 drivers remaining in the playoffs are all still on the bubble.