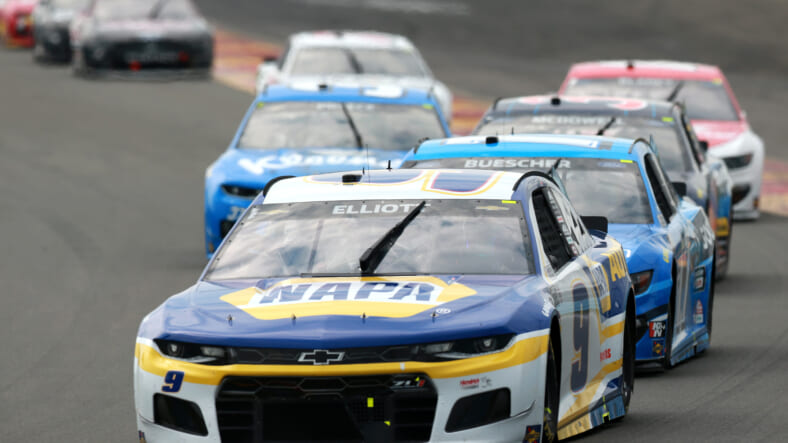 That, unfortunately, was the case for Chase Elliott on Sunday, who finished second in the NASCAR Cup Series at Watkins Glen after a whirlwind race. Elliott was expected to start the race in 11th place; however, a failure in prerace inspection sent him to the rear to start the race. Additionally, Alan Gustafson, Elliott’s crew chief, was ejected for the race and the team was docked 10 driver and owner points.

Elliott wasted no time making up ground, driving his No. 9 car all the way up to 8th place in 20 green flag laps for three stage points. He made a pit stop on lap 12 during the competition caution as well as another pit stop during the stage break.

“[I need to] make less mistakes,” Elliott said. “[I can’t] flat spot the tires. That was ultimately the straw that broke it. It was my bad, completely my fault”.

Elliott fell many seconds behind the leader until the stage two caution allowed him to catch up. He was forced to start stage three towards the back of the field and race through traffic once again to catch the leaders.

With 15 laps to go, Elliott was within striking distance of leader Kyle Larson and second place car Martin Truex Jr. Elliott shaved nearly four seconds off Truex Jr. with eight laps to go, but lapped traffic gave Larson enough of a cushion to hold off Elliott.

“He was really fast,” Larson said. “[I was] just trying to judge the gap in my head and manage it and not make as many mistakes, and hopefully he wouldn’t be on my back bumper”.

Elliott’s second place finish at Watkins Glen is his third consecutive podium finish at the track, winning in both 2018 and 2019. He also scored his 13th top-10 finish of the 2021 season.

The NASCAR Cup Series returns to action next weekend at the Indianapolis Motor Speedway Road Course.