I watched NASCAR for the first time in four years. Here’s what I thought: 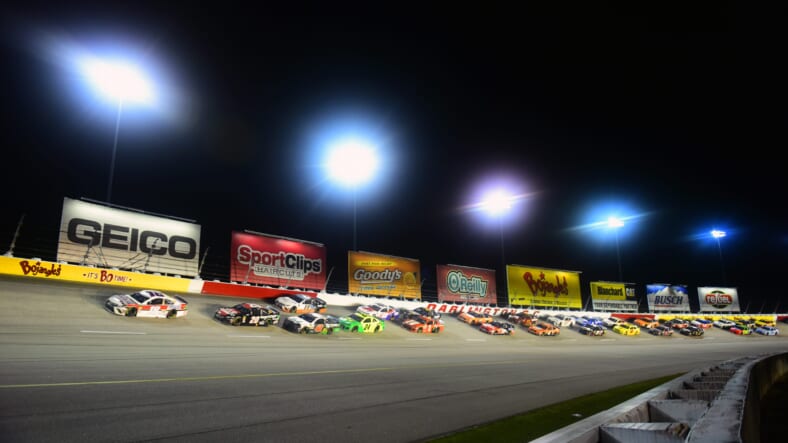 On Sunday, NASCAR made its return to the track and captured the eyes of millions across the country, including myself. I grew up a NASCAR fan, but Sunday was the first time I watched a race in four years. 2015 and 2016 are when I began to lose interest, and the last race that I watched was the 2016 championship in Homestead. I was a Carl Edwards fan, but he got wrecked that race and lost the championship. Once he retired that off-season, I never watched a race again.

But that all changed on Sunday when NASCAR returned to the track for the first time in 10 weeks at Darlington Speedway.

I had heard about NASCAR’s return and circled that date on my calendar. The thought of live sports and watching something I used to watch when I was younger had me intrigued.

In my opinion, it was a pretty good race. However, there were a few things that I noticed were very different from 2016.

The race didn’t take very long to get exciting. In just the first corner of the race, Ricky Stenhouse Jr. wrecked, and it put him out of the race. With a lap to go in stage one, Jimmie Johnson made contact with a lap car and spun, hitting the wall. He was leading at the time.

Early in stage two, William Byron blew a tire and hit the wall, causing extensive damage and leading to him going several laps down. Throughout the race, several cars had minor issues that resulted in spins or simply hitting the wall. There were never any big wrecks, but the small issues made the race more interesting as they were spaced out throughout the event. It never resulted in the leaders getting too far ahead, and not a ton of cars a lap down.

As I mentioned earlier, there were a few big things that I noticed that were a lot different from the last time I watched NASCAR.

First of all, there is now “stage racing.” This was implemented in 2017, dividing the races up into segments with points available for those finishing in the top-10 of each stage.

The most significant change that I noticed was the spacing between cars. After restarts, it didn’t take very long for all the cars to be spaced apart. Before, it would take much longer for cars to be spaced out. It only took maybe 10 or 15 laps for the leaders to begin lapping cars, and that’s pretty quick for Darlington. The new aero packages are a huge reason why, and something that could use fixing. Races with long periods of time without cautions can get very boring.

Something else that stood out was the fact that there weren’t any green-flag pitstops, except for emergency stops. Typically, you see at least a few of those each race. From what I hear, it’s relatively uncommon to go a race without green-flag stops, so it’s not something that happens every race.

Overall, I’m pretty impressed with what I saw on Sunday. There was some really good racing, and I think it impressed a lot of new fans. I will continue to tune in, at least until some of the other sports come back. If you’re looking for something to watch, I highly suggest NASCAR for the meantime.

The Xfinity Series returns to the track on Tuesday night, while the Cup Series races again on Wednesday. Both races will be at Darlington.