Will Usman Nurmagomedov be favored in Bellator Lightweight Grand Prix? 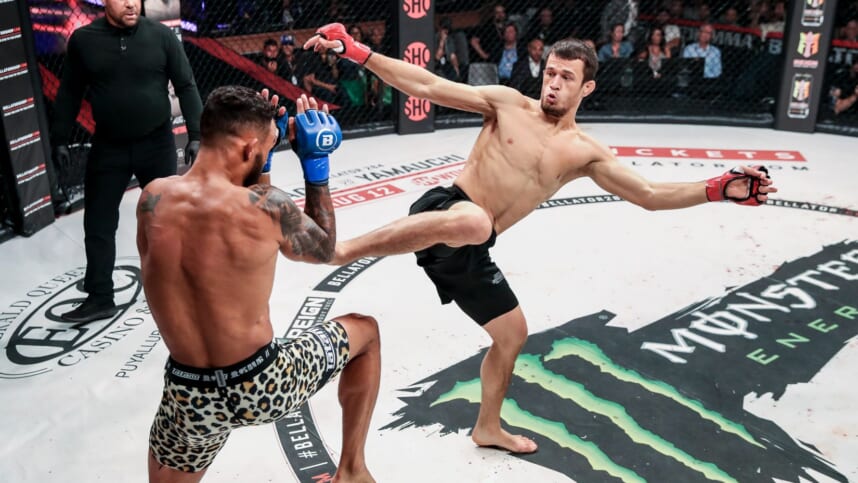 This past Friday night in the co-main event of Bellator 288, the lightweight title was on the line. Champion Patricky Pitbull (24-11) was going for his first successful title defense as he took on surging challenger Usman Nurmagomedov (16-0).

Entering the bout, Nurmagomedov was a massive betting favorite. Despite Pitbull being the lightweight champion, few people were giving him a chance. In fact, most were saying that his only path to victory was via knockout.

While Pitbull did defend some takedowns, Nurmagomedov was able to get takedowns throughout that led to huge moments for him. He almost finished the fight on a number of occasions. In the end, it was a lopsided decision win for Nurmagomedov that crowned him the new Bellator lightweight champion.

Questions still surround the field and now people are wondering if Nurmagomedov will be favored to win the whole tournament. Names you’ll likely see include former Bellator champions AJ McKee and Brent Primus. It’ll be interesting to see if a Pitbull brother jumps in the mix. Have to think Patricky will be involved unless he walks away.

That being said, I don’t think I’d favor any lightweight in Bellator over Nurmagomedov including the ultra talented AJ McKee. I think at 24-years-old, Nurmagomedov is just scratching the surface of his capabilities. It’s going to take quite the effort to get that title off his waste.