Rachael Ostovich defeats Paige VanZant in a war at BKFC 19 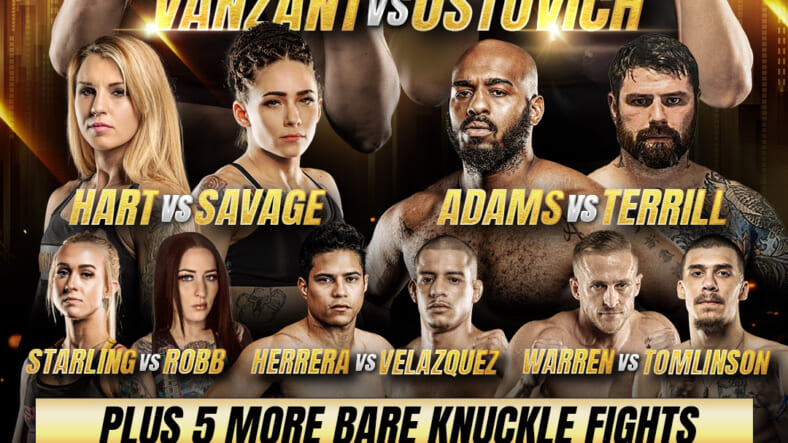 Tonight Bare Knuckle Boxing was back with the BKFC 19. The main event of the evening featured a rematch between two former UFC fighters. The popular Paige VanZant was making her second BKFC appearance as she was taking on the debuting Rachael Ostovich.

When these two fought in the UFC back in 2019, it was VanZant that picked up the submission win. That loss is something that Ostovich has wanted to get back and she had her opportunity to do it tonight at BKFC.

While VanZant was the betting favorite, Ostovich made it clear from the very beginning that she was there to fight. In the first round, Ostovich blasted VanZant with brutal right hands and power shots. VanZant looked to stay on the outside during this one.

In the second round, VanZant found her rhythm at BKFC 19. VanZant used her jab and distance to even up the fight in my opinion. However, Ostovich got the timing back in round three and started blasting VanZant. Ostovich did some serious damage with brutal hooks and in my opinion, she won the third round.

In the fourth round, VanZant started out well as she worked her jab. However, VanZant was rocked badly by big shots from Ostovich halfway through the round. Ostovich put on the pressure as VanZant was on wobbly legs.

VanZant opened with some lead left hooks as Ostovich remained patient. However, Ostovich would explode into power shots that backed up VanZant. VanZant looked calculated in the final round and landed some really nice shots.

However, late in the round, Ostovich appeared to rock her again. The final round was extremely close, but in my opinion, it was a clear win for Rachael Ostovich at BKFC 19.