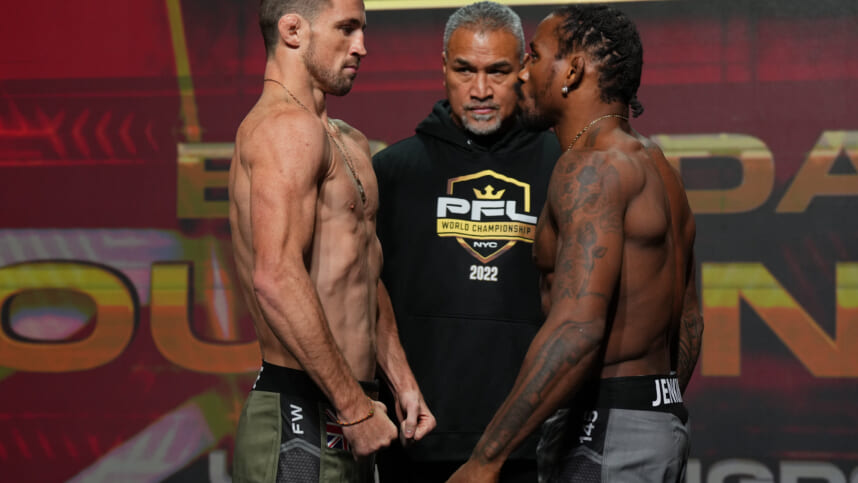 Both men have gone a perfect 3-0 this season to earn this spot in the finals. The last loss that Bubba Jenkins suffered was against Chris Wade during last season. Outside of that loss, Jenkins has gone 8-1 in his last nine fights.

Speaking of Chris Wade, that is who Brendan Loughnane defeated to earn this spot in the finals. In what was arguably the best performance of any featherweight this year, Loughnane put on a clinic across the pond and is now one win away from a PFL championship and $1 million.

This matchup is going to come down to the classic striker versus grappler complex. Who is going to win out? The striker Loughnane or the grappler Bubba Jenkins? In my opinion, I think you could see some success from Jenkins early on in the grappling.

I could see him landing a takedown or two early on. However, will he be able to control Loughnane and keep him down? Personally, I think Loughnane is going to be able to get up enough to do the damage he needs to do on the feet.

In the middle rounds, I think Loughnane is going to find a groove that Jenkins won’t be able to stop. In the third round, Loughnane lands big with a combination from distance and becomes the PFL featherweight champion.

Prediction: Brendan Loughnane by TKO – Round 3