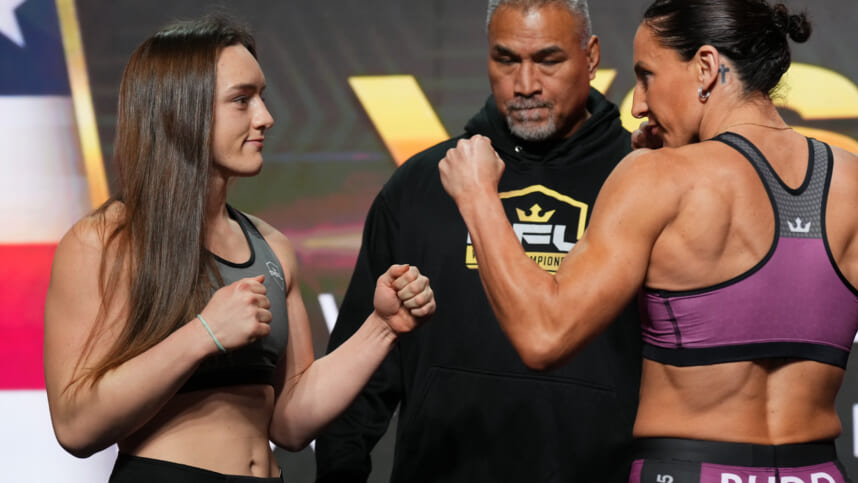 Moreas makes his debut following a brief retirement. Earlier this year, Moreas was knocked out by Song Yadong and retired following the bout. After taking some time off and reconsidering, he decided to make a comeback in the PFL and move up to the featherweight division.

Originally, he was supposed to face off with Shane Burgos who was also going to make his promotional debut. However, Burgos suffered an injury and as a result, Sheymon Mores steps in to take on the former UFC title challenger.

A couple of years ago, Aspen Ladd looked like she was going to be a star in the UFC. However, disastrous weight cuts trying to make 135 cut her time in the promotion short. She signed with the PFL this year and is looking for a fresh start at featherweight.

Meeting her is former Bellator champion Julia Budd. Budd had a ton of hype behind her when she signed with the promotion. She was being built up as a major threat to Kayla Harrison. However, she lost her season debut earlier this year and then an injury forced her out of a fight with Harrison in the summer. Now, she’s looking to reset against Ladd.

So, the question becomes, how will these debuts go tonight? Let’s start with Marlon Moraes who is rematching with Sheymon Moraes from their WSOF days. Personally, I like Marlon Moraes as the underdog in this matchup.

Sheymon Moraes has shown that he can be a little chiney as has Marlon Moraes. However, Magic Marlon has only lost to the best of the best in the UFC’s bantamweight division. Up a weight class and down in competition, I like Marlon Moraes to get the win here.

As for Aspen Ladd and Julia Budd, I like Julia Budd. Ladd is the betting favorite, but I refuse to bet on Ladd until we see a shred of what we saw from her a few years ago. She was once knocking on the door of a UFC title shot, but she has been a shell of that fighter since.

Julia Budd is no joke and she’s smart. I think she can fight the right kind of fight to keep things close. Would I be shocked by a Ladd win in her PFL debut? Of course not. However, I still find myself struggling to pick her in any fight right now.