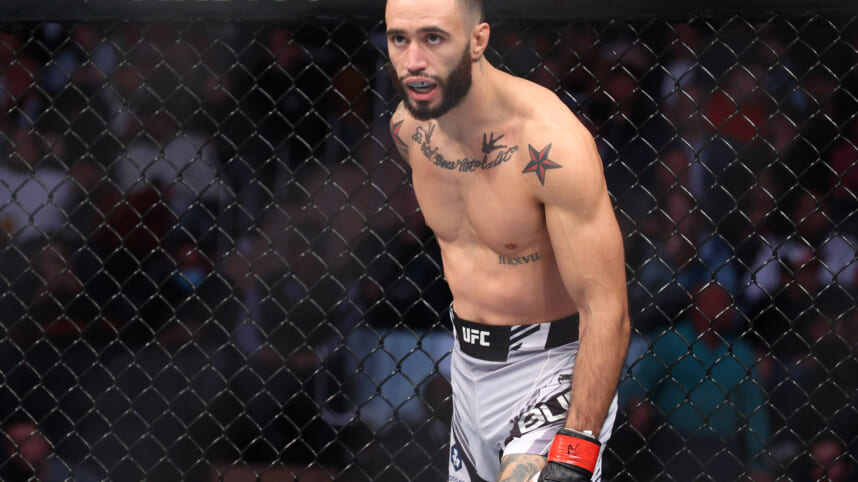 Well, it looks like PFL won’t be waiting for their 2023 season to show off two of their most recent featherweight signings. ESPN’s Brett Okamoto first reported earlier today that the promotion is finalizing a featherweight bout between Shane Burgos (15-3) and Marlon Moraes (23-10-1).

Both Burgos and Moraes were recently signed by PFL. The expectation was that they would be making their debut during the 2023 season. However, the promotion decided to bulk up their championship event on November 25th.

Marlon Moraes will be fighting at featherweight after spending the last several years of his career as a top bantamweight contender in the UFC. I’m very curious to see how he looks now that he doesn’t have to cut the extra weight.

The last few years have been pretty rough on Moraes. When he makes the walk in November, he will be just 1-5 in his last six bouts. The one fight he won, many believe he lost. The other five losses all featured him getting stopped. He’s hoping for a fresh start in the PFL.

Shane Burgos is one that got away if you ask UFC President Dana White. He wanted the UFC to re-sign Burgos but the PFL swooped in and signed Burgos to a deal that he couldn’t pass up. Now, he’s being looked at as one of the best featherweights in the promotion.

We just saw Burgos a couple of months back defeat Charles Jourdain in a very entertaining bout. It was Burgos’ second straight win and he was a fixture in the top fifteen for the UFC. Needless to say, he’s ready to make a big impact with the PFL.

He should be the sizable favorite when he takes on Moraes. Moraes has looked very chinney over the last few years, but throwing out the weight cut might help his chin. Both men are entertaining and diverse strikers which should create a fun matchup for fans.