PFL 2: What to watch for 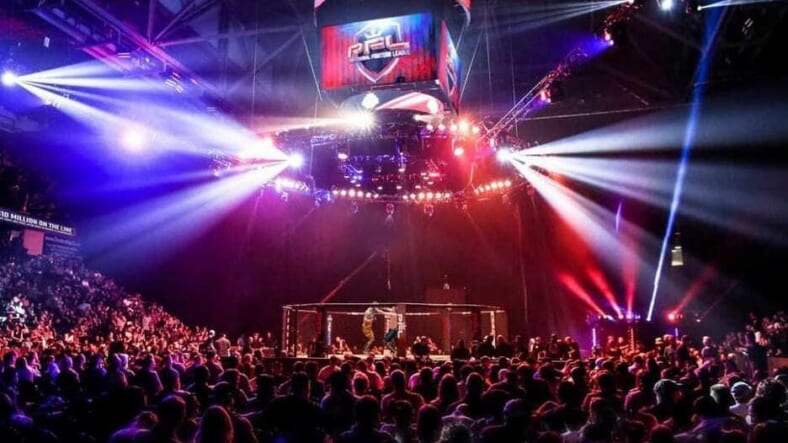 Tonight, PFL will return for the second event of 2021. Last week, the promotion made it’s return after taking 2020 off due to the global pandemic. It was an extremely eventful first night back for the Pro Fight League. The night was filled with big upsets.

Former PFL champions Lance Palmer and Natan Schulte both lost by unanimous decision last week. The two former champions were sizable favorites in their first fights of the 2021 season. In the main event, PFL‘s biggest signing of 2020, Anthony Pettis (24-11), made his debut.

Pettis took on the incredibly popular Clay Collard (19-8). Collard spent last year in the professional boxing ring, but he returned to PFL for the 2021 season. The first two rounds of their fight was all Collard who nearly finished Pettis a couple of times.

In the third round, Pettis almost pulled off the comeback when he landed a beautiful head kick that he transitioned into a big knee. However, Collard survived and went on to win a decision. Probably wasn’t exactly what PFL executives were thinking for their first night back, but this is MMA where anything can happen.

Tonight, PFL will host their second event of 2021. Of course, all of the attention is going to be on former UFC and Bellator welterweight, Rory MacDonald (21-6-1). MacDonald was a massive signing for PFL and was expected to compete in the 2020 season.

However, the pandemic shut things down so he is just now getting set for his promotional debut. He’s had an opponent switch and he is taking on Curtis Millender (18-6) in the main event. Like MacDonald, Millender is a veteran of both the UFC and Bellator.

I’m very excited about the possibility of Cooper and MacDonald meeting at some point during this PFL season. It will be very interesting to watch how they both look tonight in their first fight of the season. The event is filled with solid fights and it should be a good watch for MMA fans.