Mike Perry proved again that BKFC is a different animal 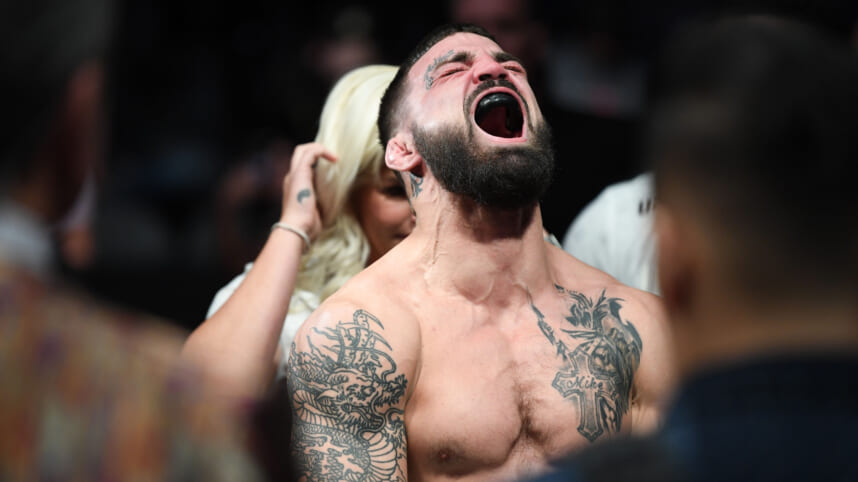 This past weekend in the BKFC London headliner, we saw a welterweight battle between “Platinum” Mike Perry (2-0 Bare Knuckle) and Michael “Venom” Page (0-1 Bare Knuckle). The matchup was the second BKFC matchup for Perry.

His first battle came back in February when he defeated Julian Lane. Many thought that a title shot would come next for the polarizing Perry, but the promotion had other plans for him. Instead of fighting Thiago Alves, Perry was given Michael “Venom” Page.

MVP was given permission by Bellator to move over to BKFC for this matchup. The Bellator welterweight had just lost an interim title fight to Logan Storley and wanted to step in the Bare Knuckle arena. MVP had two professional boxing matchups before this that he won by knockout.

However, Bare Knuckle is a different beast. Admittedly, I picked MVP to pick up the win. His technique and overall striking game is better than Perry’s. However, with the brawling style of Bare Knuckle, anything was possible on we learned that on Saturday.

In the first round, Perry was able to push forward and drop MVP. It was a massive statement in the opening frame. Throughout the next four rounds, both men had their moments and hurt the other. After five, the judges had it even so for just the second time in BKFC history, they went to a sudden death sixth round.

In that round, Perry pushed forward while Page looked to counter. In the end, Perry was given the upset win by majority decision.

If we were told that Mike Perry beat MVP in MMA or in traditional boxing, we’d all be surprised. We were surprised by the Bare Knuckle result, but should we? BKFC is just a completely different animal and it’s not the first time we saw this.

Former boxing world champion Paulie Malignaggi lost to Artem Lobov in Bare Knuckle. That would never happen in a boxing ring and honestly shouldn’t have happened in BKFC. However, when it’s a brawl, anything can happen.

From here, Perry should get a shot at the welterweight title. If there was any man on earth that personifies Bare Knuckle, it’s “Platinum” Mike Perry. After all his ups and downs, it’s clear that he found the right landing spot.