Joey Beltran looking to make a statement at BKFC NY 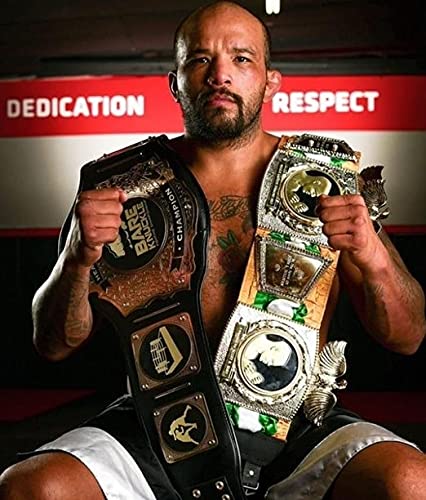 I had the privilege of chopping it up with MMA – and now bare-knuckle boxing – legend, Joey ‘The Mexicutioner’ Beltran this week ahead of BKFC’s New York event this Saturday.

From the get-go, it was clear to me that the UFC veteran and two-time defending BKFC heavyweight champion truly felt like he finally has found his niche in the new promotion. Beltran explained to me that when he initially saw the rule set for BKFC, he knew he’d be right at home as it played right into his strengths as a ‘dirty boxer’. Well, the results are undeniable as he is the only man to ever even defend the heavyweight strap once.

“When I learned intitially about BKFC’s ruleset, I said, ‘Oh my god. What is this? The Joey Beltran fight league?” — Joey ‘The Mexicutioner’ Beltran to Chuck Vitolo on YouTube

This Saturday in Seneca, NY, Joey Beltran (19-10 MMA, 4-1 BKFC) will be aiming to right the only wrong of his BKFC career. At 39-years-old, Beltran is surely here for a good time, not a long time, and he has been fighting as such. The fast-paced, brutal nature of the BKFC has lent itself well to ‘The Mexicutioner’ as he has been able to hone in on his boxing skills and not have to worry about dozens of things every time he steps into the ring.

According to Beltran, the wear-and-tear hasn’t been as rough as some (including myself) might have imagined it would be, and training camps have been easier on his body, overall. When I asked how difficult it was for him not to throw any non-punching strikes, like elbows, he laughed, noting that he surely sees the chances but has had no problem restraining himself.

‘The Mexicutioner’ even found himself a wife within the promotion. Britain Hart (Beltran’s partner) made major waves earlier this year when she was able to cruise to a victory over former UFC star Paige Van Zant. Together, they make up two of the promotion’s biggest stars and are redefining what it means to be a power couple. Beltran explained that this sort of thing is uncharted territory for him, but he’s enjoying it nonetheless.

When I was coming up at Alliance MMA, with a whole bunch of killers in the gym: If a dude brought his girl to the gym…it was green light on that fool! — Joey ‘The Mexicutioner’ Beltran to Chuck Vitolo on Youtube

Beltran will be facing off against Arnold Adams (7-10 MMA, 5-1 BKFC)Â  in a highly-anticipated bout as the main event of BKFC NY this weekend. With their first bout ending in a doctor’s stoppage early on in the fourth round, Beltran believes things will go much differently this time. Maybe all he needed was the right partner, outside of the ring, to propel him to the heights many believed he was always destined for.

Right now, FightOnline.AG lists the odds for Saturday’s matchup at a -115, pick-em. In other words, we should be in store for a back-and-forth, barn-barner.

I definitely know who Arnold Adams is, now. — Joey ‘ The Mexicutoner’ Beltran to Chuck Vitolo on Youtube

With BKFC recently making a monster splash in the combat sports world with the addition UFC veteran, Mike Perry, now is the perfect time for Beltran to launch himself back into the eyes of the mainstream combat sports fan. As the former UFC and Bellator (fighting the likes of Stipe Miocic and Rampage Jackson) veteran explained, many average regular sports fans simply do not jive with MMAÂ  every time a fight hits the mat: that is never to be worried about in BKFC.

Additionally, with the fighters only wearing wrist/top hand wraps, fans get to enjoy the positive part of boxing – it being easy on the eyes of the casual observer – while getting to see unparalleled action and violence due to it being the closest possible thing to a street boxing match.

If you’ve been looking to expand your horizons in the combat sports world, this Saturday would be a great time to do so. You can catch the fights here on Home | Bare Knuckle TV.Â