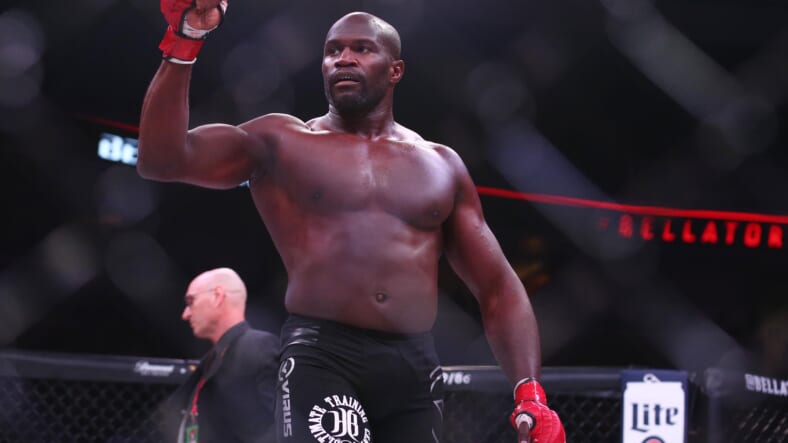 Today, Bellator will make history. They will be the first major MMA promotion to host an event in France. Arguably the biggest name on the card is one of the most famous MMA fighters to ever come from France in Cheick Kongo (30-10-2, 1 NC).

Kongo will be taking on Tim Johnson (14-6) at Bellator 248 in Paris. The two men fought about two years ago at Bellator 208. That night, Kongo knocked out Johnson in the first round of their heavyweight contest.

Kongo is looking to get back on track in this fight. Prior to his title fight against Ryan Bader at Bellator 226, Kongo had won eight consecutive fights inside the Bellator cage. That warranted him a title shot, but the shot was cut short after an accidental eye poked stopped the action in the first round.

Kongo believed that he deserved an immediate rematch with Ryan Bader given the way the first fight ended. However, Bellator had other plans and booked Kongo against Johnson. Tim Johnson has had a fantastic year in 2020.

After suffering back to back knockout losses, Johnson has won two consecutive fights by knockout. He’s knocked out Matt Mitrione and top Bellator prospect, Tyrell Fortune. This is a big fight if he has championship aspirations.

For Johnson to be successful in the rematch, he’s going to have to grapple with Kongo. He doesn’t want to stand at range and trade with the French striker. That will be a ticket to a quick exit for Johnson. I expect Johnson to come out aggressive looking to tire Kongo.

When it comes to these two, I just believe that they are on different levels. Despite being 44, Kongo looked sensational leading up to that title match against Ryan Bader. I’m expecting Kongo to come out looking very good in Bellator‘s Paris debut.

Expect some early grappling, but I think eventually Kongo is going to be able to catch Johnson with something big. I think it’ll actually come relatively early with Kongo getting the finish in the first. Expect him to call out Ryan Bader once the fight is over.

Prediction: Cheick Kongo by KO – Round 1