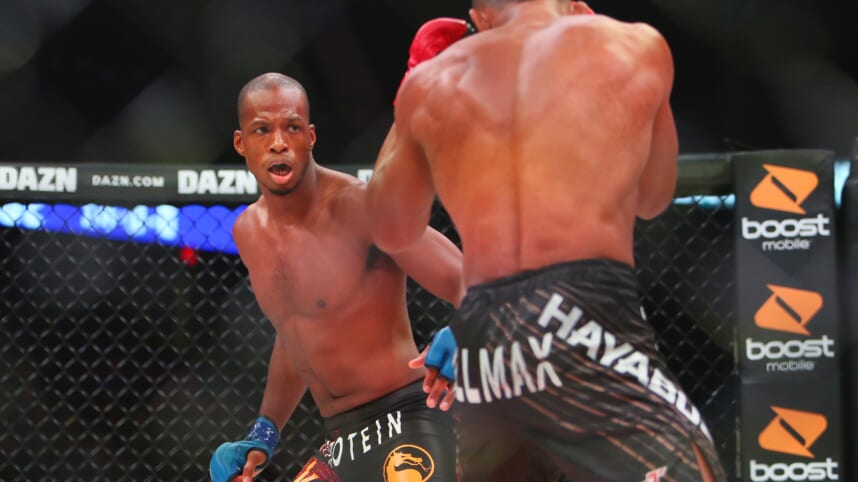 Tomorrow in the headliner of BKFC London, one of the best welterweights in Bellator is making the crossover to Bare Knuckle. Michael “Venom” Page (2-0 Boxing) will be making his BKFC debut as he takes on “Platinum” Mike Perry (1-0 Bare Knuckle).

As listed above, MVP does have some boxing experience. He had two professional bouts in 2017 and 2018 that he won by knockout. However, we know that bare knuckle is a completely different game and it will present an interesting challenge.

MVP is coming off a loss to Logan Storely where he was outwrestled. Obviously there will be no wrestling tomorrow, but he’s going to have a guy in there that is wanting to brawl. He’s taking on one of the craziest guys in the welterweight division.

After have an up-and-down career in the UFC, Mike Perry signed with BKFC late last year. He made his debut at Knuckle Mania 2 back in February with a win over Julian Lane. He’s getting his second fight with the promotion tomorrow and he’s going to have a very tall order.

Let’s be completely honest, if this was traditional boxing, nobody would have to think hardly about who would win. I think the MVP would runaway with the fight and frustrate Perry all night long. If this was MMA, I think you’d see Perry to look and wrestle MVP.

In the middle of those two is BKFC. On one hand, MVP definitely has the striking advantage. However, Page is a flashy and technical striker. Sometimes that doesn’t translate incredibly well to Bare Knuckle. I mean Paulie Malignaggi lost to Artem Lobov in Bare Knuckle.

With that, Perry does have a shot. However, he has to make it dirty. If this is a technical war, he’s going to get hurt and get hurt badly. Perry needs to invest in a ton of dirty boxing and he needs to close the distance.

All that being said, I think MVP takes this one. I just think the technique is too good and he’s going to catch Perry with something big from the outside. He can’t use his kicks, but I don’t think he’ll need them.