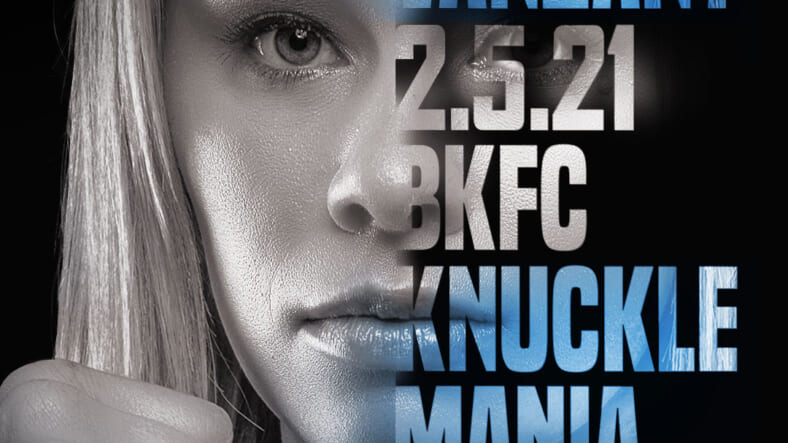 This past Friday at BKFC 16, Paige VanZant (0-1) made her highly anticipated Bare Knuckle debut. PVZ saw her UFC contract come to a close in 2020 and was one of the most high profiled free agents last year.

The word is that VanZant would be bringing home close to a million dollars per fight with BKFC. Bare Knuckle has been trying to get more mainstream and they saw PVZ as a golden opportunity and they didn’t let it pass them by.

I have to say, I completely agree with their thought process. VanZant has amassed a big following on social media over the past few years. The former UFC fighter has also been featured in Sports Illustrated’s Swim Suit edition.

BKFC saw VanZant as an opportunity to make Bare Knuckle more mainstream. However, it would require PVZ doing well fighting for them. They gave her Britain Hart (2-2) in her debut and it didn’t go well on Friday night.

I said in my preview that BKFC wasn’t doing VanZant any favors in her first fight. While Hart was just 1-2 in Bare Knuckle, she had eleven professional boxing matches. The girl knows how to throw her hands.

Meanwhile VanZant was always known more for her kicks than her punches when it came to striking in the UFC. Now, VanZant is the better athlete and she’s more explosive which is why I ultimately picked her to win in a razor close fight.

On Friday night, we saw VanZant show off that explosiveness in the fifth round. However, at that point it was a little too late. Britain Hart completely flustered PVZ for the first four rounds at BKFC 16.

Her pure boxing skills gave VanZant trouble and as a result, all three judges awarded Hart the first four rounds on the cards. The only round that VanZant ended up winning was the fifth and final round.

Had VanZant won, BKFC would have likely given her a shot against Bec Rawlings (3-0). Rawlings is the BKFC flyweight champion and she has history with VanZant. PVZ defeated Rawlings back in the UFC so that could’ve led to a big rematch in Bare Knuckle.

However, it was not meant to be. Now, BKFC has to figure out what to do with VanZant next. A likely scenario could be an immediate rematch with Hart or they give her a gimme fight to get her in the win column. Either way, Friday night didn’t go as planned for VanZant or Bare Knuckle Fighting Championship.