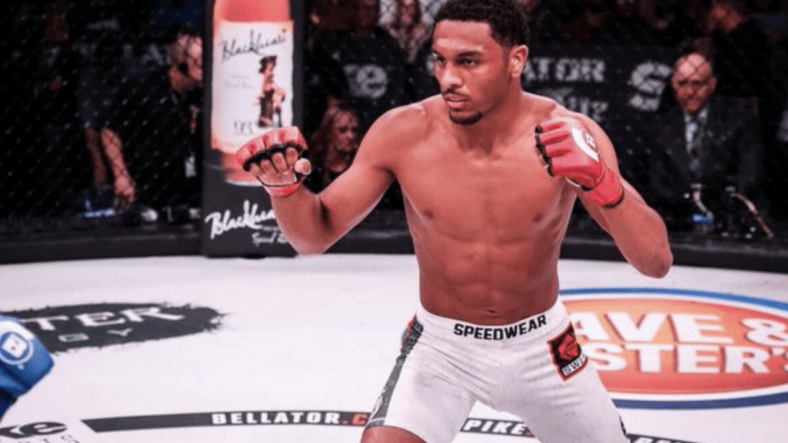 Tomorrow night in the co-main even of Bellator 285, the former featherweight champion moves up to lightweight for the first time. AJ McKee (18-1) will look to bounce back from his first professional loss as he takes on the entertaining Spike Carlyle (14-3).

As mentioned, McKee lost in his last time out. Back in July of 2021, AJ McKee ran through Patricio Pitbull to become the Bellator featherweight champion. The two men immediately ran things back earlier this year. This time, McKee was a step behind and lost by decision.

It was a very humbling moment for the former champion. Featherweight was getting harder and harder for McKee to make so he decided to move up to lightweight. His first challenge that awaits him tomorrow night is the “Alpha Ginger”.

Spike Carlyle is currently riding a five-fight winning streak after he was cut from the UFC. One of those fights came in Bellator. More impressively about the winning streak is that Carlyle has finished all five opponents. He looks like he’s poised to give McKee a helluva challenge tomorrow night.

However, McKee might have the best skillset in the promotion. He’s going to have to rely more on his slickness tomorrow night. Spike Carlyle is a compact powerhouse who fights like his hair is on fire. He throws major heat and he looks to use his strength.

When he can overwhelm opponents, that’s a good thing. However, he’s susceptible to cardio issues if he can’t get his opponents out of there. I don’t see Carlyle running through the talented McKee and that is where a big problem is going to occur for him.

I think AJ McKee is going to be really good from the outside in this one. Rangey strikes and timely shots are going to be his friend. If I’m Spike Carlyle, I’m looking to invest in power leg kicks. However, I’m not sure he’ll go that route.

This fight will be closer than a lot of people think. However, I just think that the skillset will be too much for Carlyle. By the third round, I see McKee pulling away. Cleaner shots and better cardio win out here. I also wouldn’t rule out a submission for McKee in the third, but I’ll go decision here.